Rabat - Naima Lahrouri, one of the alleged victims who filed against Taoufik Bouachrine for his alleged sexual misconduct, has broken her silence to speak about her alleged experience. 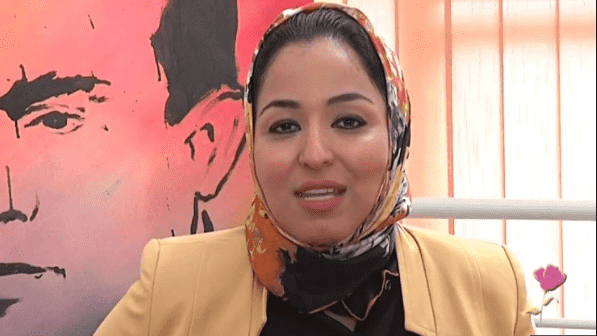 Rabat – Naima Lahrouri, one of the alleged victims who filed against Taoufik Bouachrine for his alleged sexual misconduct, has broken her silence to speak about her alleged experience.

Lahrouri is the first woman who filed a complaint against Bouachrine for alleged sexual assault.

In a Facebook post, Lahrouri, also a journalist, explained that she was the victim of sexual assault,forced on her by Bouachrine.

“I filed a complaint because I was assaulted by Bouachrine (…) an attack accompanied by rape, coercion, intimidation, and threats,” she wrote.

Lahrouri said that it took a lot of courage before filing a complaint against Bouachrine, especially since “many of the components of society, unfortunately, do not do justice to women.”

“It would have been embarrassing to keep silent and not defend my dignity,” she said.

“I do not care if Bouachrine is in the media market. I do not care who likes him and who doesn’t. I do not care if the state has a feud with him,” said Lahrouri , who is currently a member of the National Rally of Independents party after running for the Socialist Union of Popular Forces party.

“I only care that he sexually harassed me. I have the right to demand that he gets punished by law,” she said.

Lahrouri expressed pride at being the first woman to file a complaint against Bouachrine, which, according to her, allowed other victims to speak up against him.

Yesterday, journalist Kholoud Al-Jabri, one of the victims of his alleged sexual misconduct, made a video appearance and said that Bouachrine “did not rape me, but attempted to.”

She explained that Bouachrine had allegedly tried to kiss and grab her. “But I always reject,” she said. Sometimes, she added, “he would use violence and force against me.” When she refused him, he began criticizing her work. “I had a program dubbed ‘The Other Face’ and he shut it down, to press me to give him what he wanted,” she said.

Several women in Bouachrine’s circle of friends and colleagues were summoned by the Public Prosecutor as part of the ongoing investigation of charges that have been filed against him. His lawyer, Mohammed Ziane, said that the number of women contacted so far is about 30.

According to a communiqué published Monday by the Prosecutor General Office, Bouachrine appears in 50 different videos, showing him with female victims of his sexual misconduct.

The same communiqué noted that “Bouachrine is being prosecuted for human trafficking, rape, and sexual assault.”