Rabat - Once seen as an underdog, “a little David with no winning chances against three Goliaths”, Morocco’s bid to host the 2026 World Cup is now seen as a serious challenger, a bid capable of turning the tables around, of unsettling the once over-confident giants, of claiming—deservedly—a victory that many had thought impossible. 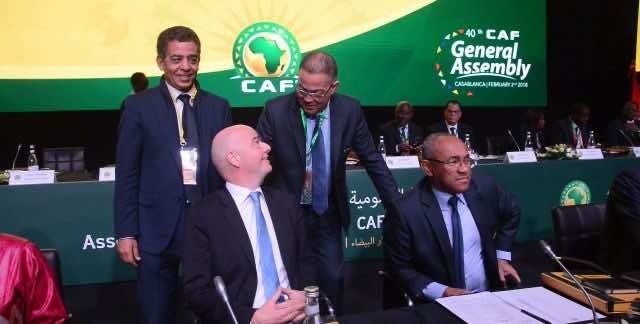 Rabat – Once seen as an underdog, “a little David with no winning chances against three Goliaths”, Morocco’s bid to host the 2026 World Cup is now seen as a serious challenger, a bid capable of turning the tables around, of unsettling the once over-confident giants, of claiming—deservedly—a victory that many had thought impossible.

In fact, it already has. That is at least the conclusion ESPN seems to have suggested in a recent article on the seriousness of the Moroccan challenge.

ESPN reports that “a confluence of events and circumstances in recent months” has proved to be unsettling for the once firm and solid US-led North American bid. Instead, ESPN said, the joint North American bid is turning out to be shakier and less firm than most observers thought.

“There is no denying that the race is far from a foregone conclusion,” the report said, almost rueful that a contender that did not threaten much is now not just threatening the North American bid, but “can actually beat it.” All indicators, the report said, are suggesting that the Us-led bid is in jeopardy.

Even Sunil Gulati, the former president of US Football federation and now leading the North American joint bid, acknowledges that Morocco is a tougher challenge than many had anticipated. “We’ve never taken anything for granted in this process,” Gulati reportedly told ESPN, adding: “We understand that in a competitive election—and that is what it is—a lot of different things go into a decision.”

Among the reasons for the likely defeat of the US-led bid, some reports have cited the technical component of the new voting procedure, the fact that on June 13, it is the national federations that will decide on the fate of the 2026 FIFA World Cup.

African federations, emboldened by the unapologetic support of CAF’s chief executive for Morocco’s bid, are set to overwhelmingly cast their vote for the Kingdom.

As for South American national federations, ESPN says that a great majority of them are still thought to be holding grudges against recent US justice department-led corruption investigations that targeted and exposed many of their executives. And so they’re said to be more inclined to vote for Morocco to host the 2026 World Cup.

Should the vote be cast right now, considering Africa’s bloc vote, the bulk of South America, and a considerable number of Asian federations –mostly Arab and Muslim countries, Morocco would definitely emerge as the triumphant side, an influential FIFA official under conditions of anonymity reportedly told ESPN.

While these make sense, and will indeed be determining in the impending possible success story of Morocco’s bid, there is more to the story than the technical side.

On February 22, former FIFA executive Sepp Blatter expressed support for Morocco’s World Cup dream, saying in a twitter post: “It is time for Africa again.” Although many football fans, including many Moroccans, questioned the significance and the weight that the words of a dismissed executive could carry, many high-ranking football officials are reported to have reached the same conclusion as Blatter.

But while some officials are motivated by an-Africa-deserves-better mentality, there seems to be, according to ESPN, something much more basic at play in the now likely debacle of the North American bid: Donald Trump.

“At this particular moment in time, does the world want to give something nice to the USA?” asked ESPN in its report, clearly suggesting the rampant Anti-American sentiments perceptible all around the world.

American football officials are reported to have said that when they visit with other national federations to promote their joint 2026 bid, technical questions—pertaining to stadiums, hotels, and all other infrastructures-are evaded, sidelined. Instead, what federations ask is: “Can the US be considered a friendly place for foreigners?”

But while the now shaky American bid is good news to Moroccan football fans, CAF’s executive Ahmad Ahmad has told Moroccan federation that something much more substantial needs to be done: Communication.

Which is exactly what officials in charge of managing Morocco’s bid are reported to be doing. At a recent football convention in Bratislava, Moroccan federation dispatched dozens of officials in order to present and market the strengths and merits of Morocco 2026. Speaking to the press on what Moroccan officials had achieved there, an official told the press: “They were not there for the weather.”

Now that the ‘lone North African bidder’ is challenging the giant North American bid, many are waking up to something that Moroccan officials have been saying since the beginning of the whole story: The Kingdom has potentials to host a major tournament, and did not bid for the sake of bidding. 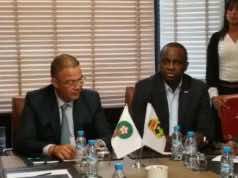 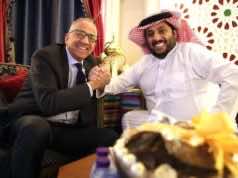 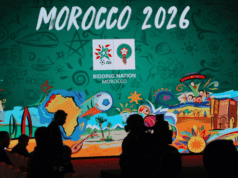