Rabat - The African squads qualified for the Russia 2018 World Cup campaign do not have the same paychecks for their coaches. In fact, there seems to be a sea of difference, almost an unbridgeable gulf, among those in the top five of Africa’s most paid managers. 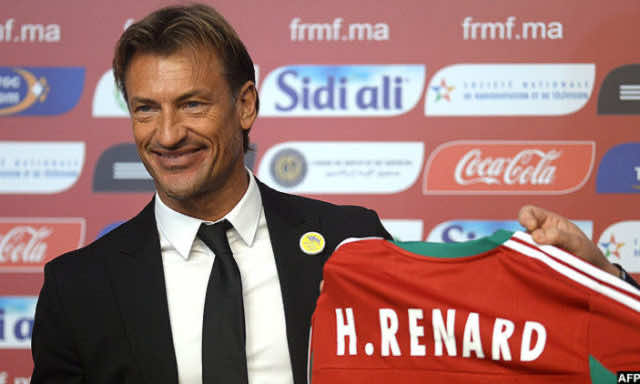 Rabat – The African squads qualified for the Russia 2018 World Cup campaign do not have the same paychecks for their coaches. In fact, there seems to be a sea of difference, almost an unbridgeable gulf, among those in the top five of Africa’s most paid managers.

Atlas Lions’ coach Hervé Renard, with a current monthly paycheck of 800,000 MAD, is by far the highest paid coach on the African continent. But why such a large and impressive monthly paycheck for Renard?

Al Massae has the answer, at east they’ve claimed so: gratitude for the impressive achievements of the national squad under his direction; acknowledgement that the French was successful in building a strong morale in the team, therefore bringing to Moroccan football the glory and visibility it has for so long been hankering after; and finally, the belief that if there is such a thing as footballing renaissance going on in Morocco, Hervé is its centerpiece, its backbone. And so naturally, for “services rendus” to Moroccan football and fans, the “white wizard” is said to deserve being spoiled!

In its March 6 edition, the Casablanca-based daily noted that Renard was until recently getting 600,000 MAD per month, further adding that the 200,000 MAD increase may be explained by the fact that Moroccan federation wanted to honor and “strengthen” its commitment with a coach who has handed them everything they’d asked for. When Renard took over Morocco’s squad, Al Massae explained, the federation set him two primary goals: pass the group phase during CAN 2017, and qualify for the 2018 World Cup. And Hervé Renard achieved both goals, Al Massae exclaimed.

Hervé’s direct follower in the ranking is Nigeria’s Super Eagles’ coach Gernot Rohr. The German, who makes 460,000 MAD per month, is applauded by many for bringing the harmony and pace that the Super Eagles need to compete in a challenging group at the World Cup. Others, however, have been denouncing the fact that players in Nigeria’s first division are not being considered for the Russian Campaign.

With 300,000 MAD per month, Egypt’s Hector Cuper is third on the list. Qualifying for football’s ultimate tournament is surely something that a squad used to African glory has been seeking for a very long time. The Argentinean coach, with two consecutive European Champions League finals with Valencia in 2000 and 2001, and the La Liga prize for best coach in 2000, is without doubt a heavyweight in the profession. He brought Egypt to the CAN 2017 final, though he lost that one, too.

Tunisia’s Nabil Mâaloul comes in fourth with 220,000 MAD. The Tunisian national, who is also a former footballer, is relatively young for the managerial position, and therefore he still has some years before him to make a name for himself.

The final name in the top five is Aliou Cissé, Senegal’s coach. Aged 41, the Senegalese is obviously young and so has a lot to conquer in the future, provided, of course, that the Teranga Lions keep their current shape. With Poland, Colombia, and Japan in group H, the former defensive midfielder (also captain of the national squad at the 2002 World Cup) will be fighting for replicating or perhaps even surpassing the country’s impressive display in the 2002 campaign.