Rabat - The lack of security cooperation between Morocco and Algeria remains an ongoing concern for the head of Morocco’s Central Bureau of Judicial Investigations (BCIJ), Abdelhak Khiame. 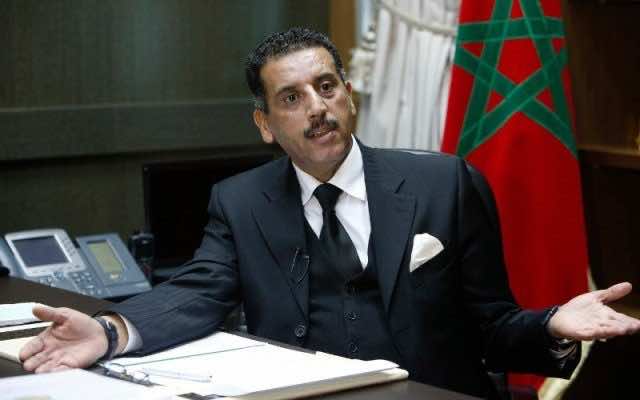 Rabat – The lack of security cooperation between Morocco and Algeria remains an ongoing concern for the head of Morocco’s Central Bureau of Judicial Investigations (BCIJ), Abdelhak Khiame.

In a recent interview, with the French-based magazine Jeune Afrique, Khiame has echoed his past statements regarding the absence of security between Morocco and its eastern neighbor, Algeria.

According to Khiame, this issue provides terrorist groups with a propitious climate to develop terrorist activities in the region. The alarming security situation in the Sahel remains one of the main concerns that Khiame has been discussing in almost all his interviews and statements.

The region has become a safe zone for certain terror cells, including AQIM and ISIS, that have been facing security crackdowns from law enforcement in Middle Eastern conflict areas.

These terror groups, according to Khiame are not the only organizations that pose a threat to the stability and security of the region.

“The Polisario can also be considered as a terrorist organization in this region,” said the BCIJ chief.

The counter-terror office has managed to identify more than a hundred of the Polisario Front members, who are operating in AQIM “along which they have been involved in attacks in northern Mauritania.”

In a February interview with Le Monde, Khiame verified that Morocco works with its partners to efficiently exchange information about binationals tied to terrorist cells.

Khiame, however, has expressed his concerns over the lack of cooperation between Morocco and Algeria.

“The problem is the absence of collaboration from the Algerians and the existence of an area controlled by a terrorist group,” he said, referring to the Polisario Front.

Khiame’s recent interview followed similar statements given to the Casablanca-based news source Le Reporter, in which he denounced security threats in the Sahel. In the interview, Khiame also explained the overlap between terrorist groups and drug trafficking criminals.

Speaking about the security threats in the Sahel region, the BCIJ chief said that illegal activity serves as a means of escaping from poverty for many separatists living in Tindouf in southern Algeria. Many of the same separatist groups are members of terrorist organizations, including Al-Qaeda in the Islamic Maghreb (AQIM).

Morocco’s Security Strategy on the Move

According to the security official, the number of terror cells dismantled in Morocco decreased from 21 in 2015 to 19 in 2016, adding that the 2015-2016 period was marked by the revival of the terrorism phenomenon all over the world.

Khiame added that Morocco’s strategy has been always based on anticipation and prevention. The BCIJ boss, however, did not deny that terrorist risks are still present in Morocco. Referring to Moroccan-ISIS members, Khiame said that 1,668  Moroccans have joined ISIS, some of whom fought in battles against coalition forces. He added that his office has no idea about their number yet.

“All of these individuals are known to our services and will be arrested if they try to return to the country,” he said.