Rabat - Participants at a conference held this Thursday in Rabat have affirmed that Morocco has all the merits and expertise to organize and host a major tournament like the FIFA World Cup. Considering the country’s geographical location, organizational potentials, and socio-cultural diversity, Morocco is a deserving candidate for hosting the World Cup, the conference’s speakers argued. 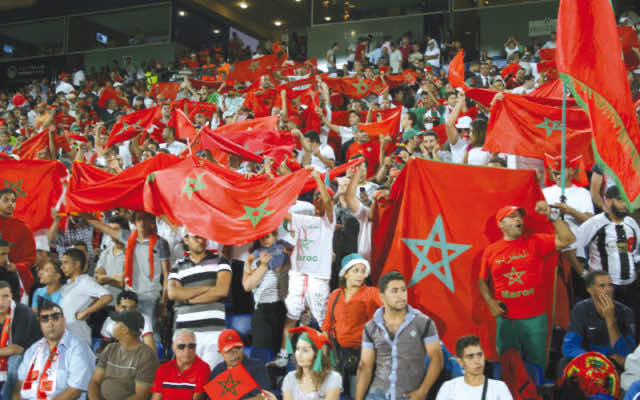 Rabat – Participants at a conference held this Thursday in Rabat have affirmed that Morocco has all the merits and expertise to organize and host a major tournament like the FIFA World Cup. Considering the country’s geographical location, organizational potentials, and socio-cultural diversity, Morocco is a deserving candidate for hosting the World Cup, the conference’s speakers argued.

The conference, which was held at Mohammed V University’s Faculty of Education, included the participation of many important Moroccan football officials. Under the theme, “Organizing the 2026 World Cup as a national challenge,” the conference discussed Morocco 2026 as a potential asset to the global footballing community–with speakers asserting that Morocco that is well-prepared and ready for the world of football’s most sensational event.

Despite the differing viewpoints presented during the conference, everyone agreed on the geostrategic significance of hosting a World Cup in Morocco.

CAF’s former Secretary General Hicham El-Amrani stressed the North African country’s cultural diversity and organizational potentialities. In terms of its hospitality and openness, Morocco has already proven that it can successfully host international events , Mr. Armani noted. He noted Morocco’s reputation as a global touristic hub, concluding that the country’s thriving tourism and infrastructure sectors should be considered on June 13, when FIFA 2026 debates on its hosting rights.

Abdelhanin Belhaj, the president of Mohammed V University, said that organizing the World Cup is an attainable “national dream” for Morocco. The country has recently engaged in a flurry of infrastructure development programs, putting it among the world’s most thriving and dynamic economies. Supporting Morocco’s bid is “a national cause,” Mr. Belhaj noted, concluding a Moroccan World Cup would  constitute an acknowledgement and a culmination of Morocco’s multiple-decade the developmental efforts..

Other speakers and participants echoed the same positive sentiments towards a prospective Moroccan World Cup. They are all convinced that the organization and success of an event of largeinternational significance will sharpen Morocco’s global image– and thus, help the country to realize its regional and international aspirations.