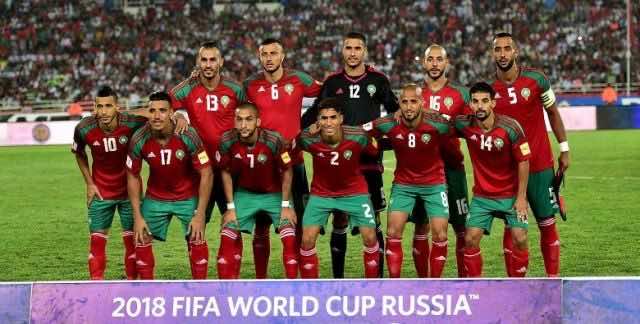 The Moroccan national team won its first pre-world-cup match against Serbia, which took place in Turin at 7:30 p.m. (GMT).

The Moroccan team scored its first goal at the 29 minute through a penalty kick by the midfielder Hakim Ziyech.

Though this was the first match since last November, Moroccan players displayed great harmony and confidence in their game and gave the Moroccan public assurances that they are ready to defend Morocco’s jersey in the upcoming FIFA World Cup to be held in Russia next June.

Following their first goals, Moroccan players sought to control the match and double the score, but they failed to materialize the scoring opportunities they created.

The Serbian team’s reaction was effective, allowing them to score the equalizer nine minutes later. But the joy of the Serbian players was short-lived, with Moroccan striker scoring the second goal for his teammates at the 40th minutes following a masterful center from Hakim Ziyech.

In the second half, the rhythm of the match dropped from both teams, especially on the part of the Serbian players who looked exhausted. In an attempt to inject new blood into his team and level the score, the Serbian coach made five changes, but it was to no avail.

Moroccan players seemed focused and determined to win their first match of the year.

The Atlas Lions will play their second friendly match against Uzbekistan next Tuesday in Casablanca.