Rabat - Serbia has joined the list of countries which have expressed full support for Morocco’s bid to host the 2026 World Cup.

By
Safaa Kasraoui
-
Mar 25, 2018
Spread the love
Rabat – Serbia has joined the list of countries which have expressed full support for Morocco’s bid to host the 2026 World Cup.

“The Serbian federation will support Morocco to organize the 2026 World Cup,” said the Serbian official.

The meeting was held Friday on the sidelines of Morocco’s first pre-World Cup match against Serbia in Turin, Italy, according to a statement published by FRMF.

According to FRMF, Lekjaa also paid a visit to Luxembourg, where he held talks with the president of that nation’s football federation, M. Paul Philipp.

During their meeting, Lekjaa introduced Morocco’s bid, recalling that the Moroccan bid represents the whole of Africa. The chairman of Luxembourg’s football federation seized the opportunity to reiterate “the deep and strong ties that unite the two nations,” added the statement. Paul Philipp also promised Lekjaa that the Luxembourg Football Federation will back the Moroccan bid to host the tournament. 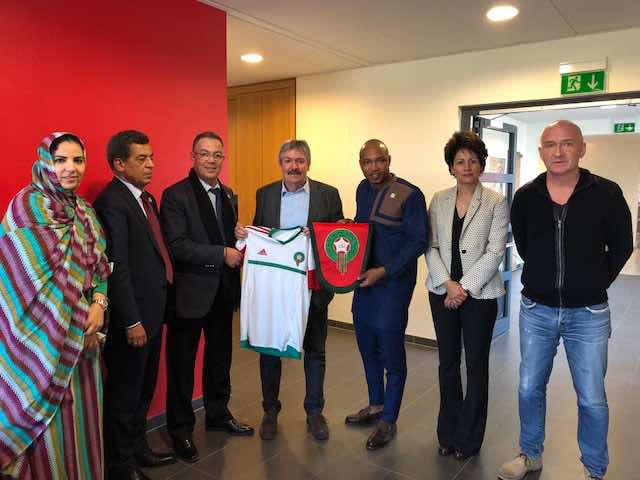 Lekjaa’s European tour aims to inform other national football federations about the details and attractiveness of Morocco’s bid which was officially submitted to FIFA on March 15.

Moroccan newspaper Al Ahdath Al Maghribia reported on March 22 that the FIFA Inspection Committee is set to arrive in Morocco on April 17.