Rabat - Customs authorities on the Guergerat border have seized more than 10 million units of illegal firecrackers and counterfeit items, including food and fixed-line telephone devices. 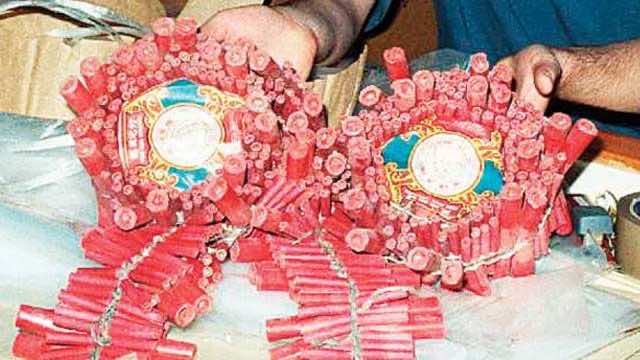 Rabat – Customs authorities on the Guergerat border have seized more than 10 million units of illegal firecrackers and counterfeit items, including food and fixed-line telephone devices.

According to Moroccan press, the seized products are worth MAD 1.4 million. The items were collectively hidden in a truck carrying products declared for import. Customs authorities discovered the illegal items using a special scanner.

The buffer zone of Guerguerat has witnessed many instances of illegal smuggling in recent years, under heightened tensions between Morocco and the Polisario Front due to increased security intervention in the area.

Moroccan authorities had intensified security measures in the area to combat illegal activities at the border area, a frequent checkpoint for smugglers, up until last month.

Tension reached alarming levels in the months in December of 2016, and January  2017, when the Polisario militants began obstructing passage to Moroccan trucks carrying goods to Mauritania and other parts of sub-Saharan Africa.

Morocco withdrew its law enforcement from Guerguerat in February after a request issued on February 25, by Antonio Guterres, the United Nations Secretary-General.

The UN chief urged Morocco and Polisario to “unconditionally withdraw all armed elements from the Buffer Strip as soon as possible, to create an environment conducive to a resumption of the dialogue in the context of the political process led by the United Nations.”

Immediately after the statement, King Mohammed VI ordered the withdrawal of Moroccan security forces from the region. The Polisario, however, did not withdraw its forces until the end of late April.

Besides Polisario’s activities in the buffer strip, the region poses other security challenges for Morocco.

In late September, a Moroccan officer serving at the border crossing in Guerguerat was attacked by individuals armed with knives, who proceeded to steal a Moroccan army pick-up truck.

Additionally, separatists loyal to the Polisario Front have previously conducted assaults against members of Moroccan police.

In December 2016, three separatists attacked a Moroccan policeman with knives. After their arrest, investigations revealed the attackers had worked to incite the local population to demonstrate their support for Polisario.

The ongoing illegal activities of the Polisario Front in the Western Sahara buffer zone pose a threat to the stability of the region and undermine the UN settlement process to end the conflict over the region.