Rabat- The Spanish authorities have prohibited the passage of Moroccan women carrying heavy loads on their backs through the Sebta (Ceuta) border starting April 2. Henceforward, women who transport counterfeits will have to use rolling carts.

Mule women are Moroccan women used by merchants to transport up to 100 kilograms of goods from the tax-free Spanish protectorate through official entry points to Moroccan territory, typically for a meager pay that varies from MAD 50 (USD  5) to 100 (USD 10), depending on the nature of the goods.

The Tradesmen Association of Sebta announced that women can continue to pass with goods, as long as they use rolling carts, rather than carry the goods on their backs.

The association’s president maintains that this resolution bears humanitarian purposes in mind: “It is no longer acceptable to see images of women carrying heavy loads on their backs like mules. It’s inhuman,” they explained.

In addition to ending the phenomenon of “women mules,” this decision will significantly reduce the weight carried, no set between 20-25 kilograms, thus limiting the risks of injuries and the escalation to stampedes, in case of jostling.

In 2017, three separate stampedes were reported. The first incident occurred on March 28, resulting in the death of one woman, while the second incident took place on April 24, claiming the life of a 50-year old woman. The third calamity occured on August 28, when two women were killed and several others were left injured.

On January 15, 2018, two women died in the same circumstances while several others suffered injuries.

The new measures were put into effect with the reopening of the border crossing “Tarajal II,” following a week closure on the occasion of the “Semana Santa” holiday, during which the city only opened its doors to tourists. 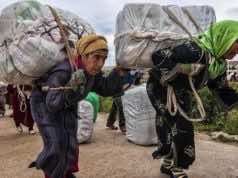 The Shameful Story of Moroccan ‘Mule Women,’ the Disgrace of Morocco, Spain and the EU 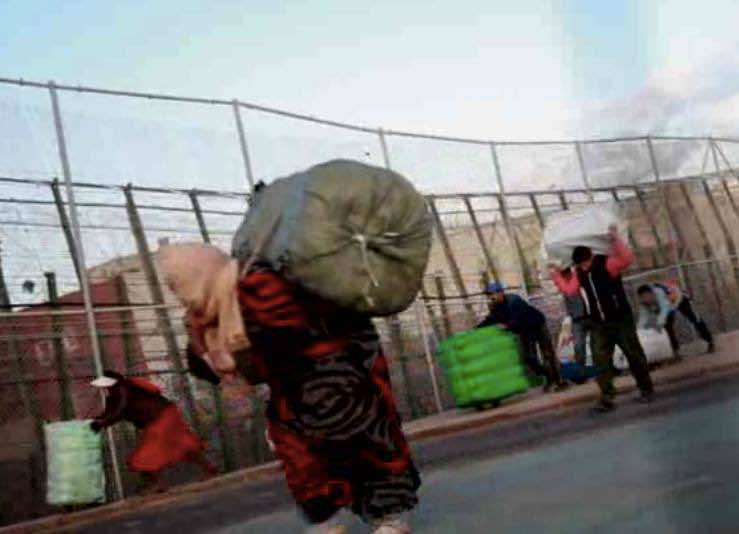