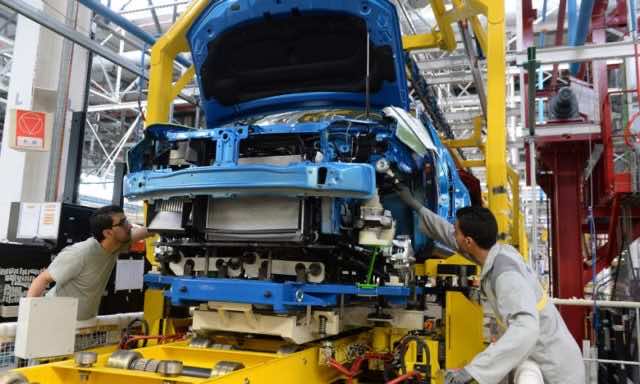 Due to an industrial acceleration plan, the automotive industry has experienced notable growth in the last few years, and the trend is expected to continue up through 2020. The automotive sector was the first exporting sector in the Moroccan economy to earn a MAD 50 billion turnover in 2017. The sector aims to double this figure by 2020.

The Moroccan automotive industry development strategy has succeeded in attracting international giants including Renault and PSA Peugeot, along with dozens of equipment manufacturers. The infrastructure quality of two of Morocco’s free zones (Tangier Automotive City and Kenitra Atlantic Free Zone) is also playing a major role in stimulating the economy.

L’Economiste affirms that Renault is actually buying automotive pieces manufactured Morocco to use in both of its Moroccan and International factories. The overall cost of the pieces is estimated currently at EU 1 billion per year, but estimated to reach EU 1.5 billion by 2023.

The report also pointed out that Renault’s local integration rate exceeds 50 percent, and that the ecosystem it has set up with its suppliers involves an investment of EUR 815 million, resulting in the creation of 14,000 direct and indirect jobs.

Read Also: Automotive Market: Sales Down by 2.7 Percent at the end of February 2018

The PSA group has followed the same upward trend by accelerating the realization of its projects, reaching a total export revenue of MAD 7 billion. Revenues will increase even further  once the PSA Group begins its production.

Other industrial free zones in Tetouan, Fez, and Meknes have started to attract numerous equipment manufacturers in the hopes of following similar industrial strategies.