Rabat - Morocco’s army continues mobilizing high-level military reinforcements, including military trucks and other equipment, to deter any future provocations by the Polisario after months of its escalation in buffer zones of Western Sahara, in southern Morocco. 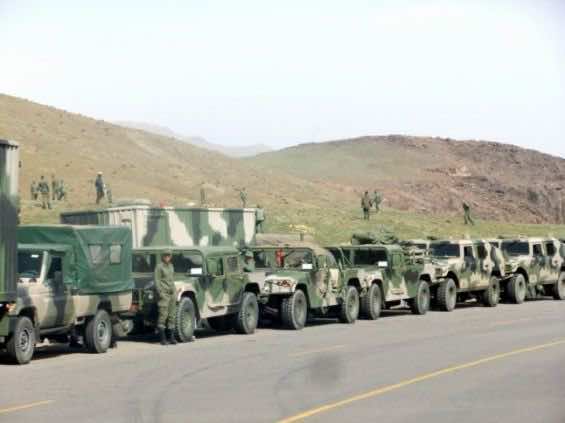 Rabat – Morocco’s army continues mobilizing high-level military reinforcements, including military trucks and other equipment, to deter any future provocations by the Polisario after months of its escalation in buffer zones of Western Sahara, in southern Morocco.

The Moroccan daily Al Massae reported on April 9, that General Abdelfattah Louarrak, Inspector General of the Moroccan Royal Army (FAR), gave his instructions for the delivery of military equipment and reinforcements to the combat units settled in the southern provinces of the country.

Meanwhile, news sources close to the Polisario expressed the front’s “readiness to respond to any Moroccan move that would undermine the liberated territory or change the status quo.”

The newspaper also reported last week that Morocco will use its high-resolution surveillance satellite, launched in November 2017, to monitor Polisario’s movements in restricted zones, including Mahbes, Tifariti, Guerguerat, and Bir Lahlou.

The newspaper added that images taken by the satellite dubbed Mohammed VI-1, are forwarded to General Abdelfattah Louarrak, Inspector General of the Moroccan Royal Army (FAR), and Nasser Bourita, the Moroccan Minister of Foreign Affairs, as well as other security and military authorities.

Since December 2017, Morocco has informed the United Nations of the “provocations” of the separatist group in buffer zones of Western Sahara.

In addition to defying the United Nations and its 1991 ceasefire agreement through its continuous presence in the restricted buffer zones, the separatists have reportedly established tents in the restricted zones and announced the relocation of their military facilities to Bir Lahlou, another area of the buffer zone, located 230 kilometers from the Es-Semara provinces in Moroccan territory.