Rabat - Though Cristiano Ronaldo’s bicycle kick goal against Juventus certainly ranks among the most beautiful goals scored in the history of football, former Moroccan international player Mustapha Hadji believes that his scissor kick is as beautiful as Ronaldo’s. 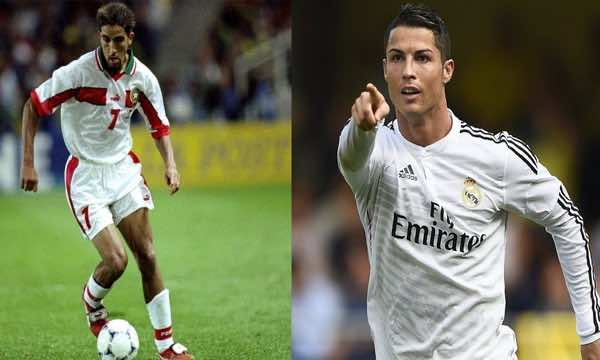 Rabat – Though Cristiano Ronaldo’s bicycle kick goal against Juventus certainly ranks among the most beautiful goals scored in the history of football, former Moroccan international player Mustapha Hadji believes that his scissor kick is as beautiful as Ronaldo’s.

Ronaldo’s goal against Juventus in the first leg of champions’ league quarter-finals remind us of the best bicycle kick goals in history: Rivaldo’s amazing 2001 hat-trick against Valencia, Cameroonian Patrick Mboma’s all-star kick at Stade de France, the unexpected goal of Amara Simba with PSG against Mulhouse in 1990.

February 17, 1998– an unforgettable date for Moroccans, when Morocco’s national team faced off against its Egyptian rival in Burkina Faso at the Africa Cup of Nations, pulling out a one-goal victory with an overhead kick by Hadji in the 90th minutes of the game.

In an interview with France football, Hadji relives the past and narrates the moment before the kick: “Either the ball ended at Ouarzazate, or it ended in the nets” Hadji said, adding “I am at the penalty spot. The ball is pretty powerful. There, I do not think–I take off and I launch it with everything I got.”

After Ronaldo’s recent rocket, Hadji and his colleague couldn’t stop comparing it to Hadji’s historic ‘98 kick.

“The main difference,” Hadji says “is that for Cristiano’s, the ball falls back to the small net, while mine retains power and a straight trajectory.”

“It was a goal scored at the last second. I have always been blessed by Allah against Egypt. Nowadays, the Egyptians still welcome me very well at their home despite this goal, which will remain my best achievement.”

As for Hadji, he reiterates that he was constantly practicing the goal in training.

“Frankly, I did it [the bicycle kick] constantly in training.” The star added, “[Another] one I like to watch is [that of] Marco Van Basten.” 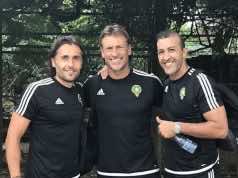