Rabat - The Moroccan League for Citizenship and Human Rights (LMCDH), an NGO advocating for human rights, has recently slammed the precarious state of public health in Morocco, denouncing the lack of health personnel, obsolete equipment, and rampant corruption in many public hospitals. 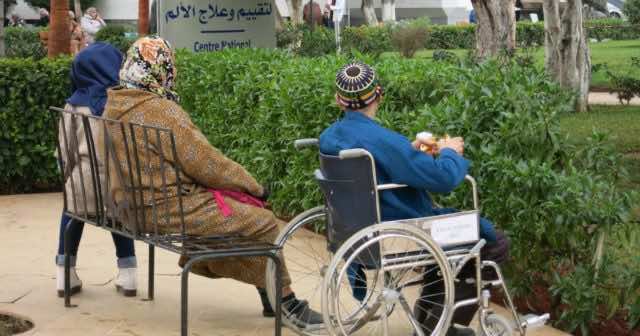 Rabat – The Moroccan League for Citizenship and Human Rights (LMCDH), an NGO advocating for human rights, has recently slammed the precarious state of public health in Morocco, denouncing the lack of health personnel, obsolete equipment, and rampant corruption in many public hospitals.

Moroccan newspaper Assabah reported earlier today that the LMCDH made its concerns known in a “very long news release” that was reportedly addressed to relevant authorities. The human rights NGO fiercely criticized the “sorry and very degrading state” of medical treatments in Moroccan public hospitals.

It also reported that the sector is witnessing the resurgence of contagious diseases like tuberculosis, which were long believed to have been eradicated from Morocco’s “medical landscape,” causing “a serious cause for alarm for the country’s health sector.”

The document also raised the stakes for collective action from concerned stakeholders, pointing out that other than the dispiriting resurgence of tuberculosis, there also is a rampant increase in cardiovascular diseases, diabetes, kidney failure, mental diseases, and cancer. And according to the document, this worrying state is primarily fueled by “a gradual retreat of the health ministry when it comes to promoting prevention, protection, and health education programs.”

The newspaper added that LMCDH’s concerns were already raised by the Court of Auditors, which recently published an annual report that also decries “continuous malfunction in the majority of hospitals and health centers” across the country.

Following up on the Court of Audit’s report, the NGO pointed the extreme scarcity and obsolescence of health materials, the shortage of health personnel, and the mismanagement of existing materials, adding that in many instances, the already-bad situation worsens when many qualified doctors forsake their posts at public hospitals to spend the bulk of their working hours at their own clinics.

If such practices are not mended, the sector will “unfortunately remain in a situation where a simple appointment for a doctor’s consultation can take up to 10 months,” the document concluded, calling upon relevant authorities and health practitioners to “converge efforts” so as to tackle the persisting precariousness of the country’s public health sector.