Rabat - Morocco’s World Cup Bid is spreading its influence across the African continent. The Football Federation of South Africa has joined the list of the international countries expressing their willingness to vote for the African bid on June 13. 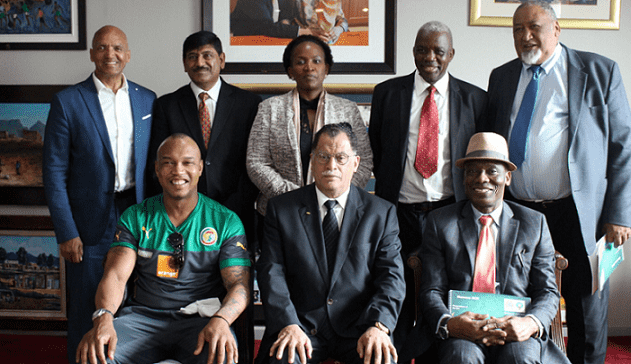 Rabat – Morocco’s World Cup Bid is spreading its influence across the African continent. The Football Federation of South Africa has joined the list of the international countries expressing their willingness to vote for the African bid on June 13.

The president of the South African Federation of Football (SAFA), Danny Jordaan, promised Morocco’s bid committee that he will “personally lobby” Africa’s football leaders before the vote.

Jordaan has also promised the Moroccan bid that he will be personally engaged in attracting support from the Council of Southern Africa Football Associations (COSAFA).

“It is an old myth that Africa doesn’t have the capacity and naysayers should stop using the political argument. Africa hosted the best FIFA World Cup ever and with good support, Morocco can emulate South Africa,” said the SAFA president.

Joseph-Antoine Bell, a former Cameroonian international football goalkeeper, has also endorsed Morocco’s bid, emphasizing that Morocco has all the assets to organize a spectacular tournament.

Morocco’s Foreign Affairs Minister, Nasser Bourita, told the press after the Arab Summit attended by Prince Moulay Rachid that “the summit has unanimously affirmed its support” for the Moroccan bid and called upon all states to provide full support for Morocco.