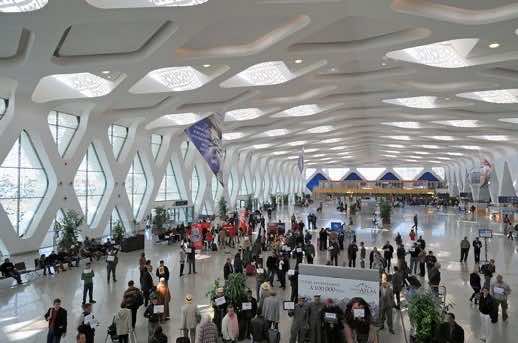 Rabat – How to win back Moroccan brains? A recent study by Moroccan job portal ReKrute reveals how the brain drain phenomenon affects Morocco.

According to ReKrute, 91 percent of Moroccan professionals aged 35 and below as tempted to work abroad, in search of better work conditions and quality of life, which includes health care and comfort.

The study suggests that motivations vary on an individual basis, as many Moroccan companies fall short of employee expectations and do not put strong efforts into winning back the qualified people who have left for other countries.

Young, well-trained Moroccan individuals set their sights on western countries, such as Canada, which attracts 37 percent of Moroccan professionals, making it the hottest destination, not only for Moroccans but for many citizens of the world, ReKrute emphasized.

While thousands of high-qualified Moroccans look forward to emigrating to developed countries, 74 percent of Moroccans have already spent several years in foreign countries hope to go back to Morocco to put their talents and expertise to use in the kingdom. However, even these Moroccans hesitate before returning home, due to the unstable or less-stimulating work atmospheres.

It is worth mentioning that a previous report issued by Moroccan outlet Medias24, indicates that Moroccan physicians and doctors, in particular, experience tough working conditions domestically–underpaid and under-equipped–which prompts them to emigrate.

“After ten years of study, we are sent to faraway regions for miserable salaries and deplorable working conditions,” one Moroccan doctor stated. Facing such prospects, Moroccan medical professionals are increasingly choosing to remain abroad, rather than address the nation’s dire need for medical services.