Rabat - King Mohammed VI offered an official dinner on Saturday evening in honor of the guests of both the 45th annual Hassan II Golf Trophy and the 24th annual Lalla Meryem Golf Cup. 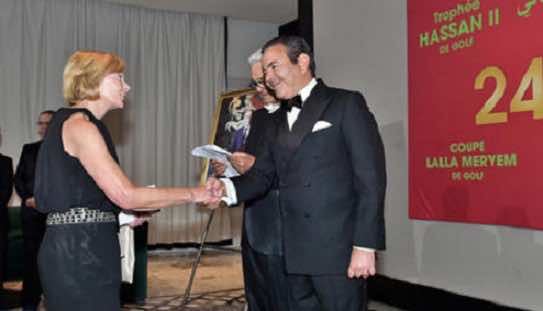 Rabat – King Mohammed VI offered an official dinner on Saturday evening in honor of the guests of both the 45th annual Hassan II Golf Trophy and the 24th annual Lalla Meryem Golf Cup.

The dinner was hosted by Prince Moulay Rachid, president of the Hassan II Golf Trophy Association in Rabat.

Rabat’s Dar Es-Salam Royal Golf Club is hosting both tournaments taking place April 16-22. Both feature top golfers from around the world. The 24th Lalla Meryem Golf Cup features some of the finest women golfers in the world.

As part of Saturday evening’s festivities, Prince Moulay Rachid, a long-time golfer, received guests and their partners before joining participants in the formal dining hall. A documentary on the history and evolution of the Dar Es Salaam Royal Golf Course was also featured during the ceremony.

Morocco has established itself as a golfing destination, gathering together world golf champions for many years. At the 2017 World Golf Awards held in Cartagena, Spain, Morocco was named the best golf destination on the African continent.

As the popularity of golfing grows in the kingdom, the North African country is looking forward to promoting the sport further and developing new courses.

Prince Moulay Rachid said in a statement published by the Hassan II Trophy Association that “Morocco aims at being endowed with elite performance and attractive golf infrastructures, that is how from Tangiers to Dakhla and from Rabat to Saïdia, dozens of golf clubs materialized and are giving birth to a new vocation among the youth on one hand, and on the other hand attracting sizable numbers of tourists who wish to discover the beauty and diversity of Moroccan golf courses.”

The chairman of the association welcomed all professional and amateur participants, “as well as the public as usual.” 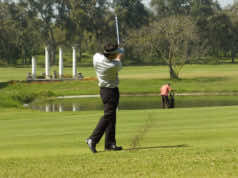 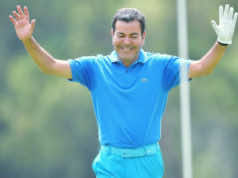