On Monday, King Mohammed VI returned home from France, where he spent several weeks recovering from minor heart surgery he successfully underwent in the Ambroise Paré Clinic in Paris.

King Mohammed VI chaired on Thursday a Council of Ministers. During the meeting, the King examined draft Dahirs and approved a set of international agreements, as well as the appointment of a number of institutional and government officials.

Moroccan press reported on Thursday that the United Nations Spokesperson, Stephane Dujarric confirmed Polisario’s maneuvers east Morocco’s Defense Wall just a few weeks after a previous MINURSO statement had denied any Polisario-linked military operations in Western Sahara. Dujarric said during a recent press conference that a MINURSO patrol unit was intercepted and faced Polisario gunfire on April 16. “MINURSO has informed the UN Security Council that on April 16, in the Tifariti area, MINURSO observers were intercepted by Polisario elements, who then proceeded to fire warning [shots].”

BMI Research notes in its recent report that the performance of Morocco’s mining sector is operating at a balanced productive pace, owing to Morocco’s well-established mining industry. The report described the Moroccan market as the most attractive market in the MENA region with an overall Mining RRI (Risk/Reward Index) score of 56.3 out of 100.

Morocco is satisfied over the outcomes of the recent FIFA 2026 technical task force visit. The FIFA delegation arrived in Morocco on April 16 to evaluate the assets and resources that Morocco is promoting as it seeks to win the rights to host the 23rd World Cup in 2026. Chairman of the Moroccan bid Moulay Hafid Elalamy said that the FIFA task force admired the Moroccan file. The FIFA delegation “felt the passion of the whole population” for the tournament, which “clearly highlights the fact that Morocco as a whole is a candidate,” he added.

Fans of prominent Swedish DJ Avicii were shocked to learn of his death on Friday, April 20. The DJ died at the age of 28 while in Oman.

“It is with profound sorrow that we announce the loss of Tim Bergling, also known as Avicii,” Avicii’s publicist Diana Baron confirmed in a statement.

This summer, from June 21-24, the beach town of Essaouira will celebrate the 21st anniversary of the Gnaoua Festival. The popular world music event will include award-winning “jam-band” Snarky Puppy, and several other Moroccan and international bands.

Crown Prince Moulay El Hassan is expected to study aeronautics at the Royal Preparatory High School for Technical Aeronautics (CRPTA) in Marrakech, according to Akhbar Al Yaoum. The choice of the 15-year old prince to enroll in the aeronautics school does not necessarily suggest that he will study aeronautics as a permanent formal major, added the newspaper.

European Union and Moroccan delegations have launched talks on a new fisheries deal, which includes the Western Sahara waters. The talks over the new fisheries agreement began on Friday behind closed-doors in Rabat. The negotiations started after the 28-member EU state approved a mandate instructing the European Commission to open new negotiations to include Western Sahara in the EU-Morocco Fisheries Agreement.

On Friday, the US Department of State published its 2017 Annual Human Rights report. The report hailed Morocco’s “positive” measures to improve human rights in the country. The document also describes Morocco’s 2016 parliamentary elections as “credible and relatively free from irregularities.” The report also underscores the engagement of Moroccan women in elections, emphasizing that “voters elected a record number of women in the October 2016 elections.”

News That Made Headlines in Morocco This Week 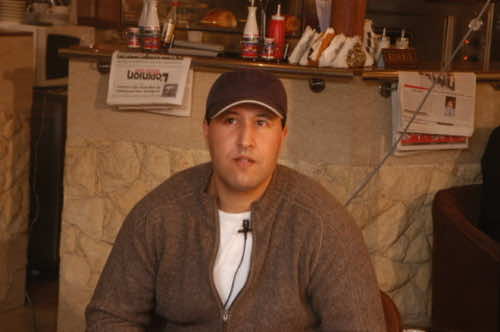 Will Rashid Nini Be Released From Prison Soon?