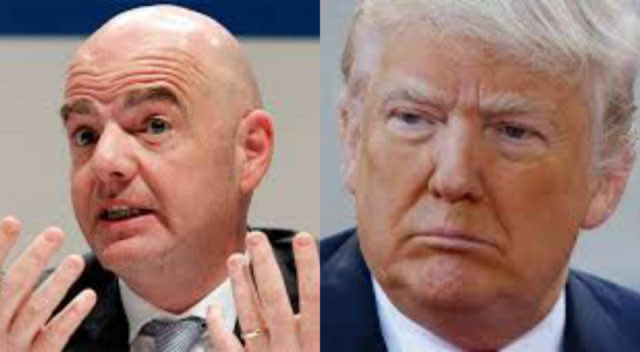 For all the criticism and eyebrow-raising that the United World Cup bid has been receiving for the past months, including the now-infamous FIFA-led plot to disqualify Morocco’s bid and Trump’s generally unpopular global decisions, the US president shied away from commenting—or tweeting—on America’s bid to host the footballing world’s most sensational and exciting tournament. Until yesterday, that is.

“Will President Trump ever speak out about the World Cup? Will he endorse United 2026? Or should he? What is the president waiting for?” For the past three months, these questions have peppered the comment sections of many notable American outlets.

Most of those who commented resigned themselves, somewhat gratefully, to the probability that, as far as a World Cup bid is concerned, a “Presidential tweet” was highly improbable: the US, after all, is not famous for its “soccer” culture.

“Well, since when does the US care about ‘soccer’ anyway,” several comments read.

But when has President Trump missed an opportunity for a political tweet?

And so, on April 26, America’s tweep-in-chief flipped the playing field in the football world, from passion to a calculated geo-strategy zero-sum game where “who is not with us is against us,” as another republican president notoriously put it in the wake of what we now know as 9/11.

For Trump, football–especially the organization of the World Cup—should pan out via the same great power politics where “shithole countries” are forced to follow the erratic theatrics of those who promise to assist them in financial terms: the heart is where the money is. Or, more accurately, what the heart wants no longer really matters.

“The US has put together a strong bid,” President Trump tweeted, highlighting the US position over Canada and Mexico, the States’ joint-bidmates.

He continued: “It would be a shame if countries we always support were to lobby against the US bid. Why should we be supporting these countries when they don’t support us (including at the United Nations)?”

The way that Trump’s tweet ends is telling: “these countries,” coding for countries he has called “shitholes” in another context, seems like a direct affront to the predominantly African and Arab bloc endorsing Morocco’s bid. With this tweet, Trump is sending “these countries” a clear message: support our bid or prepare to face the political and financial consequences.

While Morocco 2026 officials have deployed colossal efforts and heavily invested in winning the heart and minds of those who will be voting on June 13, President Trump thinks that United 2026 need not bother making the same effort. For the president, diplomacy and persuasion are for the weak; when you’re strong, like the US, you either intimidate, threaten, or extort–it’s the Trumpian way.

Morocco has been denouncing FIFA’s North American favoritism for months now. The global football federation is notorious for its big money policies. Its capitalistic approach appears to be working: modern football is dominated by big corporations and juicy businesses everywhere in the world today. The passion, the love, and the whirlwind of emotions—the side of the game that has thrilled and charmed millions for decades–is buried beneath ads and sponsorships.

Look at any online platform, and you will see that football lovers are unanimously frustrated and disgusted about how money is defining the game. Conspiracy theories—which are sometimes more about truth than conspiracy—lead debates among football fans. FIFA’s history feeds into money-mania; it has a history—and now a present—replete with instances of corruption, favoritism, and influence peddling.

While we hoped that the 2015 USD 200 million “bribes and kickbacks” scandal that cost Sepp Blatter and Michel Platini their positions at FIFA and UEFA, respectively, was by now a bygone era, German outlets Der Spiegel and Die Welt reported earlier this week that the current FIFA president, Giuseppe Infantino, is plotting a “dirty game” to disqualify Morocco over claims of “technical unfitness.” The German dailies claimed that Infantino and the task force are more interested in the financial returns of the US bid for FIFA than “technical fitness.” But Infantino could also be thanking the US soccer federation for playing such a significant role in his election to the head of football’s highest body–money and favoritism never left FIFA calculations.

But when geopolitics enter this already-messy picture, there is more mess to come, more chaos, and, ultimately, more disdain and contempt for “these countries.”

If this new configuration succeeds, countries without big corporations and geopolitical weight can forget about the power of passion and love. This new post-modern football is more an exercise in cooptation and silencing that benefits the powerful alone.