Rabat - King Mohammed VI has once again reiterated his commitment towards Africa’s development during his speech at the opening ceremony of the 1st Summit of Heads of State and Government of the Climate Commission of the Congo Basin and the Blue Fund for the Congo Basin. 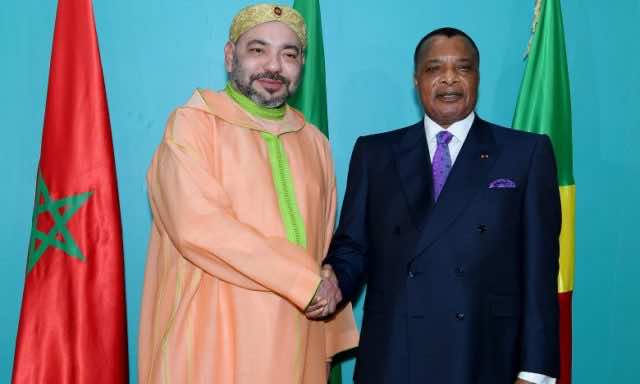 Rabat – King Mohammed VI has once again reiterated his commitment towards Africa’s development during his speech at the opening ceremony of the 1st Summit of Heads of State and Government of the Climate Commission of the Congo Basin and the Blue Fund for the Congo Basin.

During a speech delivered before numerous African leaders participating in the summit on Sunday, the King acknowledged the ongoing challenges that continue to hinder the continent’s economic and social development.

The monarch described the symposium as an “urgent wake-up call” for Africa to meet the many challenges that impact people’s lives on the continent.

The King also reminded the participants of the summit of the plentiful natural resources that the African continent enjoys; resources that are a crucial element for sustainable equitable development.

“We do realize there are plenty of challenges,” said the King, adding that “the most significant of these, today, is how to reconcile the need to achieve development in our Continent with the awakening of ecological consciousness.”

He then emphasized that the continent needs to take urgent measures to protect its corners from the impacts and the “devastating effects of global warming on the planet.”

The monarch said that all Africa needs to shoulder its responsibility by contributing to efforts that safeguard “African biodiversity.”

The symposium will also seek to establish formal financial resources to fund projects in the sectors of the blue and green economy as well as to fight against climate change, food shortages and water shortage.

Commending the summit’s ambitious goals, King Mohammed VI recalled the major steps discussed at COP22 held in Marrakech in 2016, as well as the development priorities which were established at the first Africa Action Summit on the sidelines of COP22.

Speaking on the Blue Fund, which was created in Oyo in March 2017, King Mohammed VI said that Morocco has been supporting the project, and ensuring “its success, building on the expertise my country has gained in tackling climate change.”
He added that Morocco announced its support to the program, “because it is based on a new paradigm that fulfills current and future needs.”

The King also singled out the issue of the lack of drinking water in the continent, raising this crucial question: “How is it possible that in a continent which has more than 5,000 billion cubic meters of water in its aquifers, 320 million African men and women still have no access to drinking water?”

The King then emphasized that these challenges could only be solved if a collective unified response was offered to better protect the continent’s resources.

“Let us be aware of our wealth and of our ability to innovate. Let us pool our energies and summon our courage,” said the King.

The King will also chair a signing ceremony where bilateral agreements will be concluded on mining, education, fishing and agriculture.