Rabat - Despite being listed as one of the top 50 most promising under-20 players in Europe, Achraf Hakimi might not be on French coach Zinedine Zidane’s list of Real Madrid players for the upcoming season. 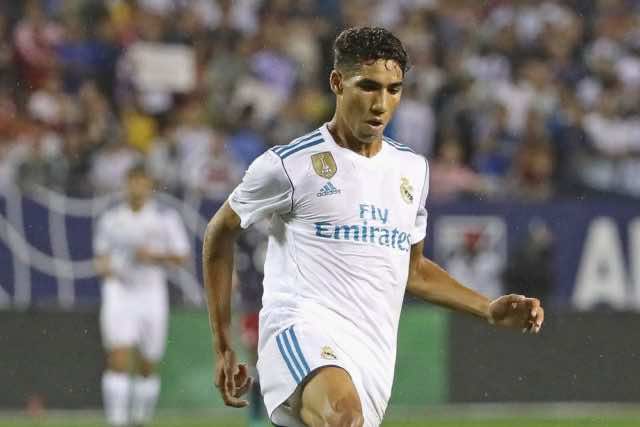 Rabat – Despite being listed as one of the top 50 most promising under-20 players in Europe, Achraf Hakimi might not be on French coach Zinedine Zidane’s list of Real Madrid players for the upcoming season.

According to Spanish media Mundo Deportivo, the Moroccan player apparently did not convince Zidane of his value.  The coach is seriously thinking about replacing Hakimi, when his contract end in June.

“He did not feel comfortable in his position on the side and showed some inaccuracies, especially in defense,” said the newspaper which closely followed Hakimi’s performance during the Real Madrid-Bayern Munich (2-1) match at the Bernabéu.

“Achraf is here, he is a very young player, his first year with the first team. We must go slowly with him, we will see what we do Tuesday,” said Zidane after the game.

According to the same source, the Real Madrid’s coach may choose to replace Hakimi with Lucas Vasquez in the right-back position against Bayern-Munich on Tuesday.

Despite his recent performance, the footballer delivered a great performance with the Atlas Lions during the 2018 World Cup Qualifiers, and is highly likely to be among the players who will represent Morocco in the World Cup next summer.

The Moroccan sensation made his official debut at the Santiago Bernabeu on October 1, when Real Madrid’s key defender Dani Carvajal couldn’t play due to injury.

The footballer netted his first goal for his Spanish team on December 10 against Sevilla, becoming the first Moroccan ever to score for Real Madrid.

Hakimi is very proud of being able to play with one of the best football teams in the world.

In October, the young athlete told beIN Sports “I am very happy to play with the best team in the world.”

He also expressed his gratitude to Los Blancos’ coach Zidane for selecting him to play in decisive games in La Liga.