Rabat - The jury of the #Imagine2026 initiative, launched by the president of the Moroccan 2026 World Cup bid committee, Moulay Hafid Elalamy, unveiled on Saturday the list of winners to contribute to digital promotion for the Moroccan bid  before the vote of FIFA Congress, scheduled to take place on June 13, in Moscow. 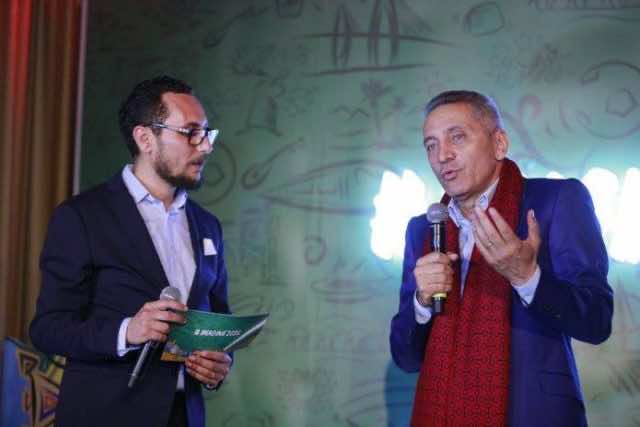 Rabat – The jury of the #Imagine2026 initiative, launched by the president of the Moroccan 2026 World Cup bid committee, Moulay Hafid Elalamy, unveiled on Saturday the list of winners to contribute to digital promotion for the Moroccan bid  before the vote of FIFA Congress, scheduled to take place on June 13, in Moscow.

Launched on March 17, the initiative issued a call for citizens to share their innovation skills and to design a digital content likely to promote the Moroccan bid before the final vote.

Six hundred people participated in the #Imagine2026. The final, which took place on Saturday in the presence of El Alamy, was marked by the participation of 70 finalist candidates, who presented 30 pre-selected projects before the jury.

The jury, which includes representatives of the communications and media sectors, selected 10 projects that will receive funding ranging from MAD 30,000 to 300,000.

Elalamy said that Imagine 2026 aims at attracting intriguing ideas from “Moroccan people, especially those who have innovation skills.”

The list of winners and their projects is as followed:

Chioua Hamza: The Anthem of the World

Haidar Anass: Around the World in Morocco

Khouna Mustapha: So, are you voting?

Two months ahead the FIFA Congress vote, scheduled to take place in Moscow on June 13, Morocco is gathering votes from all the corners of the world, including Europe, as the solo bid against the joint American bid.