Rabat- Moroccan residents in the Republic of Congo reserved a warm welcome for King Mohammed VI, upon his arrival to the airport of Brazzaville on Saturday night. 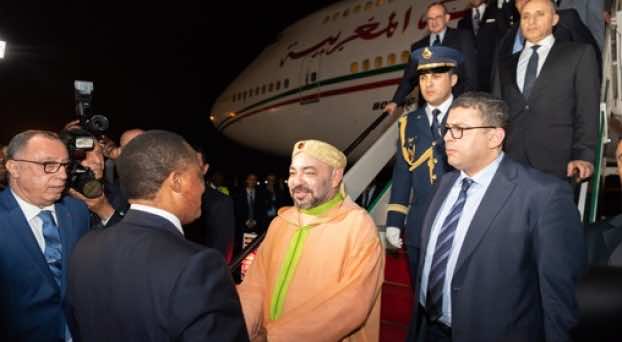 Rabat- Moroccan residents in the Republic of Congo reserved a warm welcome for King Mohammed VI, upon his arrival to the airport of Brazzaville on Saturday night.

A video that widely circulated social media shows the Moroccan sovereign waving at crowds of Moroccans and Congolese nationals who came to welcome him in large numbers.

Upon his arrival, President of the Republic of Congo Denis Sassou Nguesso received the King and members of the Moroccan delegation accompanying him on the official trip.

The King’s visit comes as part of his participation in the Summit of Heads of State and Government of the Climate Commission and the Congo Basin Blue Fund, during which he delivered a speech calling on the African leaders to shoulder their responsibility and safeguard the resources of the continent.

Furthermore, the King signed a protocol for the creation of the Congo Basin Climate Commission.