Rabat - Saudi Arabia, the United Arab Emirates, Bahrain, and Qatar have all expressed their full solidarity with Morocco’s decision to cut ties with Iran, regarding its involvement in delivering military equipment to the Polisario Front. 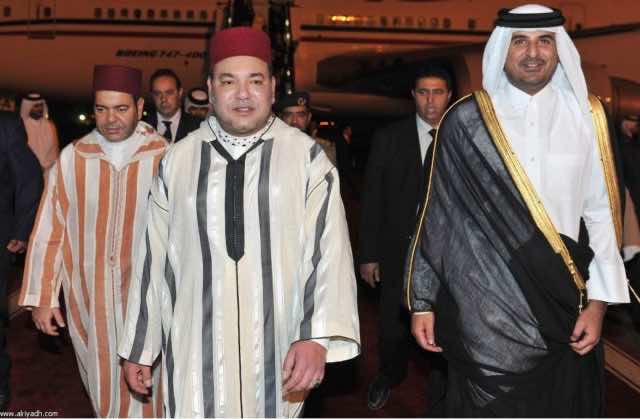 Rabat – Saudi Arabia, the United Arab Emirates, Bahrain, and Qatar have all expressed their full solidarity with Morocco’s decision to cut ties with Iran, regarding its involvement in delivering military equipment to the Polisario Front.

In the statement, the ministry emphasized that Saudi Arabia stands by “the  Kingdom of Morocco in all that threatens its security, stability, and territorial integrity.”

Morocco’s Minister of Foreign Affairs, Nasser Bourita, confirmed that Morocco has evidence of Hezbollah’s connection with Polisario, including the names of supporters.

“The Saudi government strongly condemns the Iranian interference in Morocco’s internal affairs through its tool, Hezbollah’s terrorist militia, which is training the elements of the so-called Polisario.”

Saudi Arabia also supports Morocco and its rights to safeguard its interests and territorial integrity, emphasizing that the Saudi Kingdom affirms its support for Morocco in “all that guarantees its security and stability, including its decision to sever its relations with Iran.”

He added that and what Iran has done with  Morocco through its alliance with Hezbollah is the “best proof of that.”

Gargash wrote on his Twitter that his country “stands by Morocco in its concern over its national issues and against Iranian interference in its domestic affairs.”

He added that UAE’s policy and supportive stance towards Morocco “is based on a deep historical foundation established by Sheikh Zayed and King Hassan, may they rest in peace.”

“Our stance is fixed for better or worse,” he added.

Quoted by Bahrain News Agency, Al Khalifa confirmed that Iran was backing and financing “the enemies of Morocco.”

“This requires a collective Arab stance and actions to confront all forms of Iranian interference in the internal affairs of the Arab states and to stop Iran’s attempts to threaten Arab security and spread violence and chaos in the region,”  he said.

Qatari News Agency QNA quoted a statement by the Ministry of Foreign Affairs of Qatar in support of Morocco’s interest to preserve security and stability against all attempts to undermine its territorial integrity, or to target its safety and that of its citizens.

Qatar also stressed “the importance of respecting the principles governing relations between states, with respect for sovereignty.”

The show of Gulf support follows an official statement by Moroccan Minister of Foreign Affairs Nasser Bourita issued Tuesday, which declared Morocco’s decision to sever diplomatic relations with Iran due to the Iranian alliance with the Hezbollah movement, a military supporter of the separatist group.

The minister also verified that Morocco has also recalled its ambassador to Tehran, adding that the country plans to close its Tehran-based embassy and expel its ambassador.

“We have strong [and indisputable] proof, including names and specific incidents, that indicate that Hezbollah is logistically and strategically supporting the Polisario Front,” the minister’s announced, specifying that “Hezbollah sent military officials” to Polisario, “provided the front with weapons, and trained its troops on urban warfare.”