Rabat - There is nothing holding him back. Hakim Ziyech has repeated his hopes of leaving his current club, Ajax Amsterdam, prior to the summer mercato, or trade. 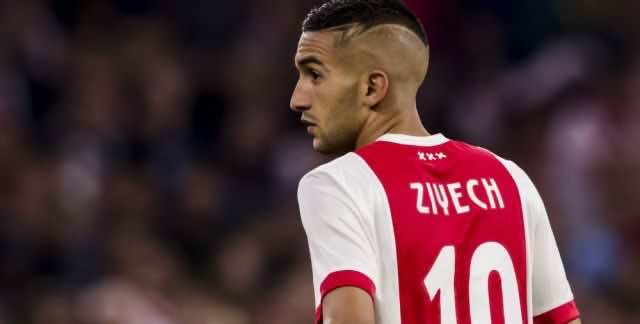 Rabat – There is nothing holding him back. Hakim Ziyech has repeated his hopes of leaving his current club, Ajax Amsterdam, prior to the summer mercato, or trade.

The Moroccan football player has also announced that he will probably not be staying in the Netherlands.

In an interview with the local media Algemeen Dagblad, the 25-year-old sensation–voted best player in the 2015-16 season–explained that he had maximized his opportunity to develop in the Netherlands.

“I need a new challenge. At some point, it’s time to go. Of course, I wasn’t at by best sometimes, but I feel that I need [something to] click by changing my environment,” said the Moroccan international.

Though his contract with Ajax stretches to June 2021, Ziyech is confident that his club will easily let him go.

“When I arrived here, I said I wanted to continue to grow for two years. I also discussed with Marc [Overmars, the sports director, that ] if everything is good for Ajax and for me, then I do not see why it would not happen.”

When it comes of picking a club, the Atlas Lion has attracted the interest of numerous European clubs, including Inter Milan and AS Rome. The two Italian clubs have been monitoring Ziyech’s performance and considering signing him since last winter.

The Italian club Inter Milan has been in negotiations with Ajax, since the fourth quarter of 2016, with board members offering 15 EU million for the Moroccan player. Other European countries have expressed their intentions in recruiting Ziyech, namely, Liverpool, Dortmund, and Marseille.

However, the Moroccan player’s value is predicted to rise in a notable way after the Russian World Cup, especially considering the fact that he recently received Ajax Amsterdam’s “Player of the Year” award for his excellent skills and performance this season.

The Mercato (trade) aside, Ziyech will be busy this summer playing alongside Hervé Renard’s Atlas Lions during the the 2018 World Cup in Russia.