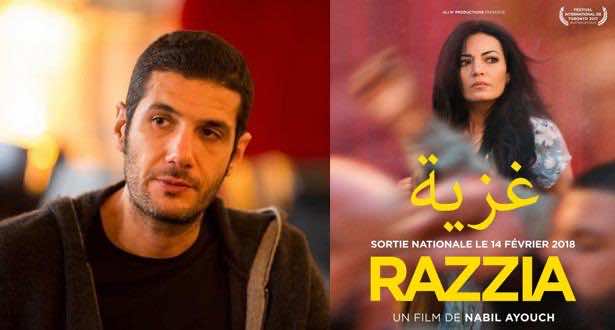 “Razzia” will not be dazzling the Egyptian public anytime soon. Ayouch’s production has been shot down by the censorship entity controlling the country’s artistic work.

According to Middle East Eye, the entity claims that the movie is “encouraging the revolution, especially that the film tells the story of the marginalized poor in search of justice in Morocco.”

The censorship body explained its point, pointing to specific events in the movie that recall the 2011 Egyptian revolution.

Politics are not the only issue here. The Egyptian entity is also concerned with the impact of religion, as it strongly believe that projecting “Razzia” “will inspire the sympathy and compassion of the audience,” as Ayouch’s movie follows the daily life of a Jewish restaurateur.

It’s not the first time that the French-Moroccan director has had to deal with censorship, as the Moroccan government banned his controversial film “Much Loved” in Moroccan cinemas in 2015.

“Razzia” is set in Ouarzazate, the Atlas Mountains, and Casablanca, and is composed of five stories, which span the 1980s to the present day.

The film primarily focuses on social issues, such as the class differences and intolerance, in addition to freedom of speech.

The French-Moroccan director was born in Paris to a Muslim Moroccan father and a Jewish Tunisian mother. His lineage informs his work as a film director in the personal, cultural, social, and religious narratives that characterize his innovative and engaging movies.

The 48-year-old filmmaker achieved widespread past success for his 2012 film, “Horses of God,” about the 2003 suicide bombers in Casablanca. His 2015 film “Much Loved” on prostitution in Morocco received intense criticism for its graphic sex scenes–“undermining the moral values, and dignity of Moroccan women”–before ultimately being banned in Morocco.