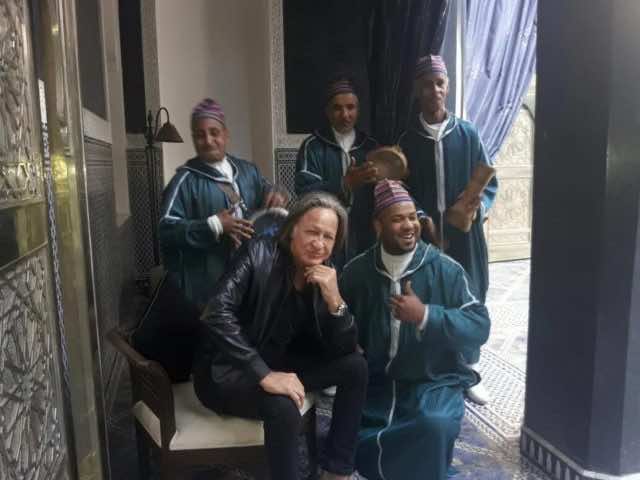 He received a warm musical welcome by the Moroccan traditional musical band “Dkaykia.”

Afterward, Hadid gave several interviews to the Moroccan press, before moving on to his visit in Morocco’s historic red city. 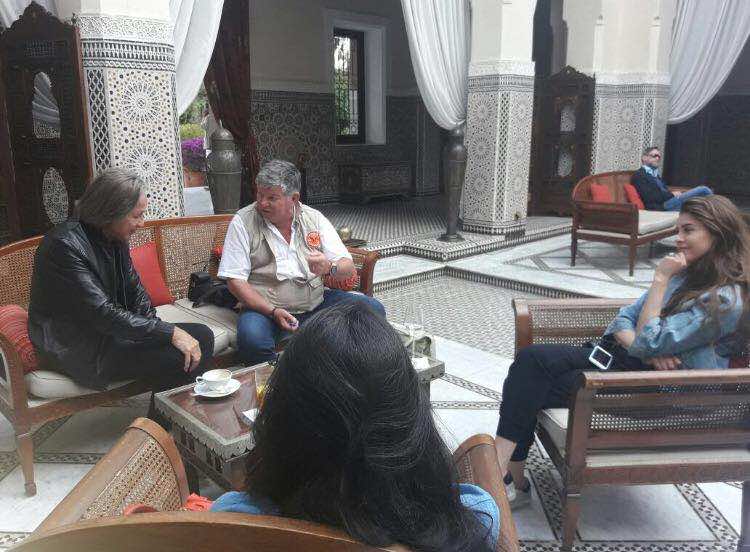 The 69-year-old real estate developer shared his first moments in the Moroccan city on Instagram with his 806k followers. Moroccan designer Othmane Essahat also shared a picture with the billionaire, who seemed to be tasting Moroccan tea and bread.

A rival of Donald Trump, Hadid is the son of a Palestinian immigrant to the US. The Californian real estate mogul is known for constructing hotels and luxury mansions, primarily in the famous Bel Air and Beverly Hills neighborhoods of Los Angeles.

Hadid’s strategy is to acquire luxury homes, reform them, and put them back on the market.

He was married twice and has five children,two of whom are supermodels: Gigi and Bella Hadid, famous for their appearance in Victoria’s Secret shows and advertisements.

Hadid’s fortune is estimated at about USD 100 million, which includes several luxury homes and cars.