Rabat- Mohamed Salah’s performance has been astounding this year, leading him to win multiple Player of the Year awards in his first Liverpool season. He’s scored fantastic goals, made assists, and has greatly impacted Liverpool’s game. His grace, pace and clinical finishes have led many soccer legends to place him in the highest pantheon of soccer today, alongside Ronaldo and Messi. 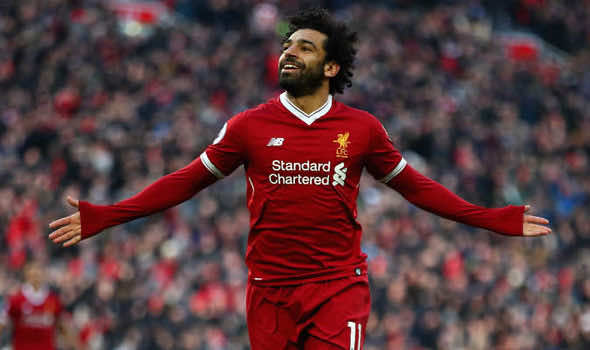 By
Tamba François Koundouno
-
May 8, 2018
Spread the love

Rabat- Mohamed Salah’s performance has been astounding this year, leading him to win multiple Player of the Year awards in his first Liverpool season. He’s scored fantastic goals, made assists, and has greatly impacted Liverpool’s game. His grace, pace and clinical finishes have led many soccer legends to place him in the highest pantheon of soccer today, alongside Ronaldo and Messi.

For Liverpool fans, Salah’s imposing aura has rendered Coutinho’s absence essentially insignificant. It is almost as if Coutinho were never there in the first place, having quickly become part of the furniture in a Salah-dominated tale of unsuspected brilliance.

But even though former Liverpool playmaker Steven Gerard dubbed Salah the best player in the world today, many fans and commentators feel that Salah’s season will be defined on May 26, in Kiev, when the Egyptian and his teammates will take on Real Madrid and their magical Portuguese talisman.

Fans have suggested that the match in Kiev will essentially boil down to a Salah vs. Ronaldo standoff. Following that logic, many believe whoever triumphs in Kiev will be this season’s undisputed hero.

And so here we are: the blitzing emerging star vs. the established giant. It all seems as though Ronaldo is standing in Salah’s way to absolute prominence; the Portuguese player is the final opponent Salah must face to earn his place among soccer legends.

Amidst the Ronaldo vs. Salah obsession, Salah sees the matter in a very different light, Whether surprised by his own dazzling season or a genuine team player concerned with the team’s success rather than his own triumph, he says Kiev will be Liverpool vs. Real Madrid, not Salah vs. Ronaldo.

The Egyptian recently told the press that Liverpool’s success in Europe’s greatest soccer celebration, is due to their collective acumen and the fiery power the team has to strike from every side of the pitch. No single player can claim to be the ultimate shaper of Kloop’s team, Mo Salah suggested. It is a team built on an unyielding esprit de corps, a fervent spirit to win and lose together. Liverpool’s outstanding form is not about Salah alone. What about the underrated fury of Firmino? Or the unstoppable runs of Mané? And who can even say that all of these would have been as effective had it not been for the admirable job of the midfield? What about the defense and the technical staff?

It is all about teamwork, Salah explained, adding that on May 26, he will be targeting not the Ballon’ d’Or, but a sixth European trophy for the Reds.

“I know all of the Arab people wish the best for me, and they are happy every time I win, but now at the moment I’m only thinking about the final and to bring the trophy to Anfield,” Salah said after the dramatic second-leg against Roma. He added: “It is not going to be a final between Mohamed Salah and Cristiano Ronaldo. I am playing for a great club and we have great players, so qualifying to the final came with great teamwork. I cannot do it alone – it is collective work. When we score a goal it’s because we are all doing good, when we concede it means we all need to work harder.”

Salah should be respected for his devotion to the team. Ideally, every player should always put the team first. However, in an era that celebrates individuals (mostly players who score goals and give assists) and obliterates the incredible contributions of other departments on the pitch, all eyes will undoubtedly be set on Salah and Ronaldo when Liverpool and Madrid face off in the Ukrainian capital.

Madrid has defied every team in this Champions League campaign. They embarrassed Neymar’s PSG, broke the veteran Buffon’s heart, and made Bayern Munich look like a team that does not know how to score. “Cristiano Ronaldo is the most decisive player in the world,” Buffon said in the immediate aftermath of the Portuguese player’s overhead kick that brought a standing ovation from Juventus’ fans. Metaphorically, though, there was another message behind Buffon’s acknowledgment of Ronaldo’s otherworldly instincts: Real Madrid’s current aura of invincibility is largely dependent on Ronaldo’s unsurpassed propensity to score in the most defining hours.

Ending Madrid’s unchallenged triumphalism is Liverpool’s surest way to help their “Egyptian King” terminate the Messi-Ronaldo duopoly in the Ballon d’Or scramble. If Liverpool wins, Salah can hope to for his soccer coronation banquet to be celebrated before Neymar’s. And if he scores the winning goal, he will guarantee himself the Ballon d’Or. In other words, should Salah come triumphant out of his confrontation with Ronaldo, witholding the game’s highest individual accolade would be an outrage that UEFA—however corrupt—wouldn’t dare.

A perfect season needs something to flaunt, a trophy. Salah got the Premier League’s Player of the Year award. But that is not enough for absolute greatness. To be considered among soccer’s most defining players, the trend-setters, Salah needs more than the validation of the Premier League’s players. So, on May 26, the Egyptian should give his utmost to block Ronaldo. Or, better yet, he should prevent Ronaldo from blocking him.