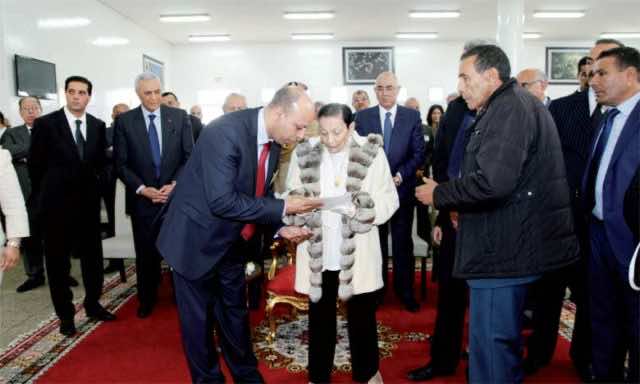 The launch on Wednesday, reported by Le Matin, came one day after World Red Cross and Red Crescent Day. The day is commemorated on May 8, the birthday of Henry Dunant, Swiss founder of the Red Cross. The International Federation of Red Cross and Red Crescent Societies is the world’s largest humanitarian network, comprising 17 million volunteers and serving 150 million people through its 190 national societies.

As is her custom each year, Lalla Malika, sister of the late King Hassan II, presented eyeglasses, clothing, wheelchairs, and crutches to residents at the Ahmed Ben Zayed Al Nahyane Institution. She also gave computer equipment and hygiene products to the Benzekri School in Temara.

In a statement to the press, National Coordinator of Programs and Projects of the CRM Mohamed Souali said that the Red Crescent week will comprise activities in different regions and provinces of the kingdom including donations of first aid and volunteer training sessions for disasters or emergencies.

As part of the launch, the CRM started a campaign under the theme “The Power of Humanity at the Service of Vulnerable Populations” to benefit Ahmed Ben Zayed Al Nahyane Institution. The campaign aims to serve five thousand people with ophthalmic treatment and donations of clothing, hygiene products, wheelchairs, crutches, and bicycles.