Rabat - The Spanish parliament has once again rejected separatist motions hostile to the EU-Morocco fisheries deal. 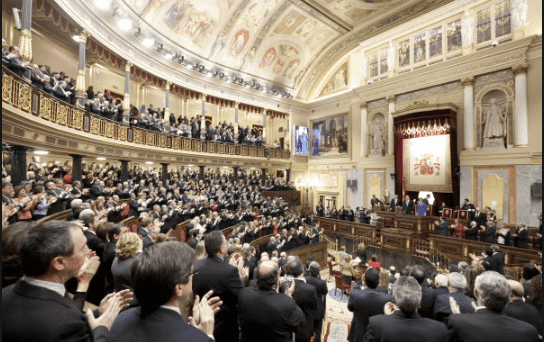 Rabat – The Spanish parliament has once again rejected separatist motions hostile to the EU-Morocco fisheries deal.

ERC’s motion aimed to discuss “the illegitimacy of the Moroccan Government to negotiate the current fisheries agreement” before the EU.

PP senator Clara San Damian contested the proposed bill, emphasizing that the proposal has a political stance that is not related to the fisheries deal.

She added that the 40-year old conflict in Western Sahara should not be resolved outside the auspices of the United Nations, asserting that the Spanish “government supports the current negotiations” between the EU and Morocco.

The motion, according to EFE, would make the negotiation of the EU’s fisheries deal with Morocco conditional on the “peaceful solution of the  Western Sahara conflict as part of the UN process.” The proposal also urged the EU to negotiate directly with the representatives of the  self-proclaimed Sahrawi Arab Democratic Republic (SADR), allowing the separatist group to benefit from “their natural resources.”

Morocco and the EU started talks on new fisheries deal in April. Back in February, the European Court of Justice (ECJ) decided that the fisheries agreement between the EU and Morocco “is valid in so far as it is not applicable to Western Sahara and to its adjacent waters.”

The Moroccan government then opposed the ECJ’s decision. In April, Moroccan Government Spokesperson Mustapha EL Khalifi said the government’s position is to only engage with deals and agreements that respect the country’s national integrity.

He added that although Morocco is keen on its strategic partnership with the EU, it will allow no one to question or challenge its national borders.  The Moroccan government also emphasized that it would reject an agreement that leaves out Western Sahara.

Spain was among the countries that contested the ECJ’s decision (ECJ) and has supported launching  EU-Morocco negotiations on a new fisheries deal, since the current deal will expire on June 14.

The motion does not mark the first time that Podemos and its allies have proposed pro-Polisario motions to undermine Morocco’s integrity.

On May 1, Podemos-Compromise suggested before the Spanish parliament that the government express its concerns over the fisheries and agriculture agreements.

The Spanish government, according to ERC and Podemos, needs to stand against “the exploitation of the natural resources of Western Sahara by European companies, which are violating international law.”

Spain’s ruling PP then rejected the motions and has said that adopting such an institutional declaration “would be very counterproductive” for technical contacts between the EU and Morocco. The motions, according to PP Senator Agramunt, would even “lead to a political crisis with Morocco.”