Washington DC - With the start of the holy month of Ramadan, the unprecedented popular campaign in Morocco to boycott three consumer products starts to takes a certain measure of perseverance and significance. 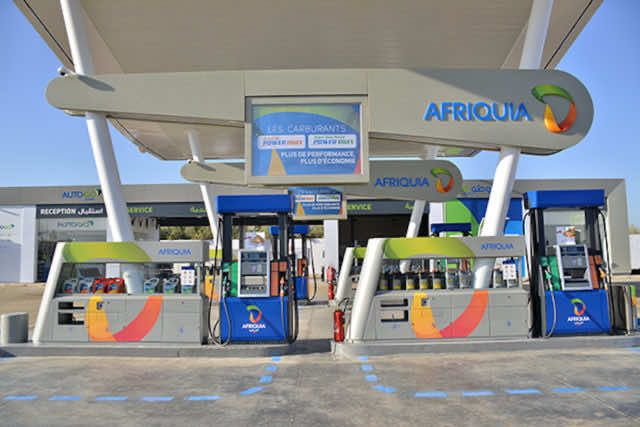 By
Hassan Masiky
-
Hassan Masiky was born in Kenitra, Morocco, and is based in Washington as a blogger and freelance writer.
May 17, 2018
Spread the love

Washington DC – With the start of the holy month of Ramadan, the unprecedented popular campaign in Morocco to boycott three consumer products starts to takes a certain measure of perseverance and significance.

The decision by large segments of the Moroccan society to shun companies owned by individuals close to the circle of power sends a number of political and socio-economic messages to the ruling elite.

The campaign that started online by an unanimous group calls on fellow Moroccans to stop buying dairy products made by the powerful and dominant centrale-Danone, gasoline from petro-stations owned by billionaire and current Minster of agriculture Aziz Akhannouch and mineral water Sidi Ali owned by the president of  the Confederation of Moroccan  Enterprises Meryem Bensalah. It has been a rallying cry for those activists who blame powerful politicians for using their status to solidify their presence on the market, drive out competition and keep the prices of key products artificially high.

This crusade, though it intends to denounce the control of corporations with links to government officials over markets and their use if this power to raise prices and limit choices for consumers, nonetheless reveals the duplicity of the ruling Justice and Development Party (PJD), as well as  most political parties, with powerful business lobbies.

The goal of this campaign is beyond the boycott of three specifically targeted companies, it is to protest the high cost of living caused by soaring prices of staple foods and services. Moroccans are hoping to bring to lights their daily sufferings with the unsustainable prices of necessities and a widespread market monopoly of few powerful and well-connected industrial mega-groups.

However, politicians on the right and the left have stayed indifferent to such basic demands. This apathy is yet another sign of the widening disconnect between the Moroccan political parties and the public. This cyber activism has demonstrated the ineptitude and impotence of the current political leadership including members of the PJD.

The disdain with which members of the current government regard the Mokataa (Arabic for boycott) is worrisome. The notion that such activism could be illegal as Minster of Communication, Moustafa al-Khalfi, implied in a speech is disturbing. In fact, the ruling PJD that campaigned as the poor people’s party should have shown more understanding if not solidarity with the boycott.

The disappointing reactions of civil society organizations is alarming. Moroccans are heartbroken and disillusioned with their leader’s lack of political courage to defend the rights of all Moroccans to fair prices and decent living conditions.

Nevertheless, they are well aware that their politicians understand the meaning of the boycott and the subtle messages it carries with it. They also know that these same “leaders” are reluctant to address the public’s concerns for fear of losing positions, jobs and privileges.

Unfortunately, the political leadership seems to ignore the implications of leaving the political and public discourse fields empty of serious contenders. This mindset opens the door to despair, chaos and sometimes violence.

It is the duty of the political parties, the civil society, and independent organizations to absorb, digest and produce solutions to society’s malaises. If they fail, extreme and foreign ideologies settle in.

The Mokataa offers a necessary and sobering wake up call for Morocco’s political elite. It is time to take serious, genuine and honest steps to help increase wages for workers and encourage competition from startups and small businesses all over Morocco. The current Band-Aid and lip service policies are taking the nation in the wrong direction.