Rabat - The online boycott has called into question the amount of profits and the quality of the products provided by the three “monopolizing” companies in the Moroccan market: Sidi Ali-Oulmes, Centrale Danone and Afriquia gasoline. 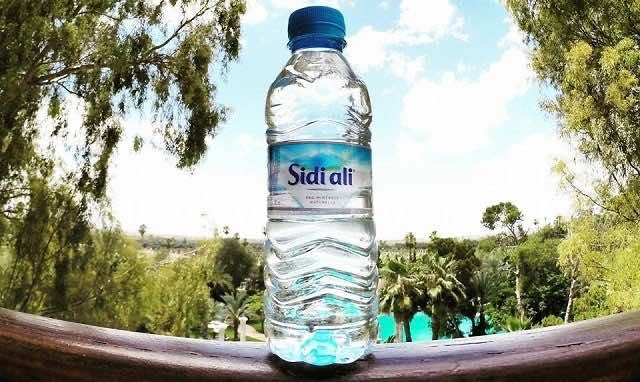 Rabat – The online boycott has called into question the amount of profits and the quality of the products provided by the three “monopolizing” companies in the Moroccan market: Sidi Ali-Oulmes, Centrale Danone and Afriquia gasoline.

The bottled water sector has significantly evolved in recent years. Experts explained the growth by the emergence of new services, such as hotels, restaurants, and cafes that have grown popular among Moroccans.

Differences in the taste and mineral content between bottled water and public tap water is also a factor that has contributed to increased consumption of mineral water, because many Moroccans believe that it can be used to get rid of kidney stones. But doctors recommend using a  filter with tap water rather than buying bottled mineral water.

So, the question is: is there a real difference between bottled water and public tap water?

One of the fundamental differences, theoretically, is the rate of nitrate allowed per liter of water. Fifteen milligrams of nitrate is the maximum in bottled water, while tap water can contain up to 50 milligrams per liter.

According to Alyaoum24, one billion liters of bottled water is consumed per year. That yields 28 liters per person, up from an average under 10 liters a decade ago.

Increased demand has incentivized companies to compete for market shares. The main actors in the mineral water sector are Oulmes Mineral Water and Sotherma, which is known for its subsidiaries Ain Saiss and Sidi Hrazem. Other companies include Coca-Cola, Cobomi, and AlKarama.

All reports and studies point to the monopolization of the sector. Given Morocco’s shockingly high tariffs of 25 percent on imported water, the established companies are deprived of any kind of outside competition. In addition, foreign companies would struggle to access the Moroccan market and establish an effective distribution network.

Are taxes to blame for Oulmes’ prices?

Three weeks after the boycotts began April 20, Sidi Ali-Oulmes released a detailed statement, ending their silence by focusing on the taxes and fees included in the cost of their products.

Oulmes said that in 2017 it paid a total of MAD 657,072,912 in taxes, which includes VAT, the water resource utilization fee, a local domestic consumption tax, the environmental tax and tax mark fees. The 2017 tax burden represented an increase of 9.8 percent in comparison to 2016.

Sidi Ali-Oulmes pointed out that Sidi Ali’s profit margin, after deducting all expenses, is 7 percent, or MAD 0.4 per liter.

According to the company’s data, released in fiscal year 2017, its profits exceeded 195 million, a growth of 16 percent compared to 2016, which generated an MAD 165 million profit, which is explained by its good business performance.