Rabat- Accompanied by a delegation of ministers, Head of Government Saad Eddine El Othmani has begun a formal visit to Seoul on Monday at the invitation of South Korean Prime Minister, Lee Nak-yeon, to solidify bilateral relations between the two countries. 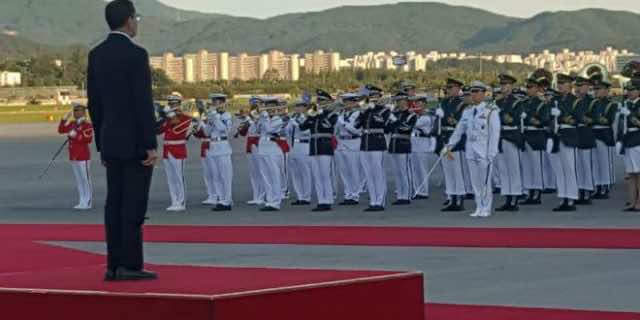 Rabat- Accompanied by a delegation of ministers, Head of Government Saad Eddine El Othmani has begun a formal visit to Seoul on Monday at the invitation of South Korean Prime Minister, Lee Nak-yeon, to solidify bilateral relations between the two countries.

Minister of Finance and Economy Mohamed Boussaid; Minister of Education, Vocational Training, and Scientific Research Said Amzazi; and Secretary to the Minister of Industry, Trade, and Digital Investment Othmane El Ferdaous arrived with El Othmani in Seoul Monday morning (GMT time) for a state visit expected to last until Thursday.

With the Moroccan national anthem playing, El Othmani and the delegation were greeted by a South Korean military band and soon received by El Othmani’s counterpart, Lee Nak-yeon.

Throughout the state visit, both guests and host will hold talks to find opportunities for cooperation between Morocco and South Korea on different sectors including education, economy and investment.

On his way to South Korea, El Othmani paid an official visit to Moscow Sunday, where he met with Morocco’s Ambassador to Russia, Abdelkader Lachhab to discuss topics such as Morocco’s territorial integrity and tackle details for the arrival of Moroccan fans in Russia for the World Cup, beginning June 14.