In a statement published on May 25, Birouaine said that “the lawyers of the Casablanca Bar condemned the unprecedented behavior and “rabid reactions” of some lawyers in the Bouachrine case.

The statement came a few days after a hearing held on May 21 that was marked by loud altercations between the lawyers and complainants.

Moroccan journalist Bouachrine, who was arrested on February 28, is facing heavy charges for alleged sexual harassment, gender-based violence and rape. Authorities said that they have 50 videos backing the charges against the journalist.

The videos were allowed to be featured during the hearings. Mohamed Ziane, a member of the defense team, expressed anger over the videos, claiming that the person in the footage “is not Bouachrine.”

In response, Birouaine accused some lawyers in the Bouachrine case of “denigrating the uniform of lawyers.”

“Anyone following the trial of Mr. Taoufik Bouachrine’s trial will find that some lawyers, on both sides, have moved away from common sense and have lost the serenity and foresight that a lawyer is bound to observe.”

The president of the Casablanca Bar Association called on the lawyers to respect their colleagues, client, judicial institutions, and the public “that expressed their deep dissatisfaction with what they hear, read and see of the use of obscene words and gestures that undermine morality.” 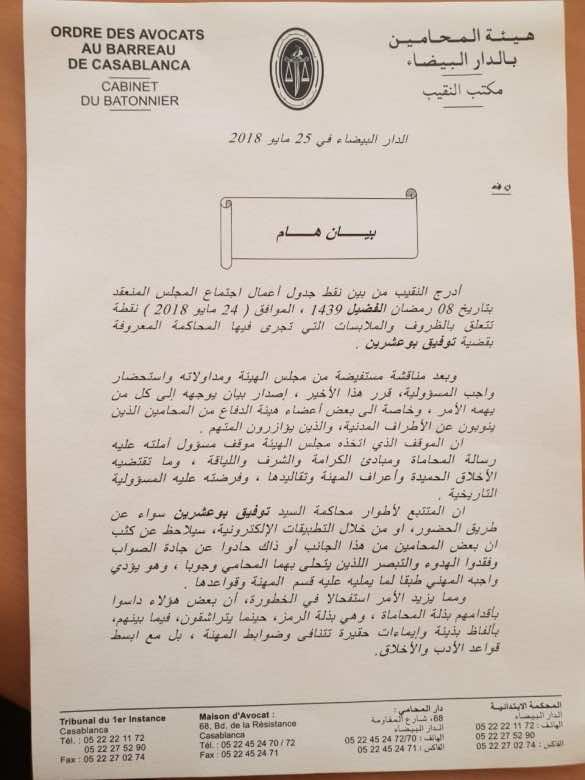 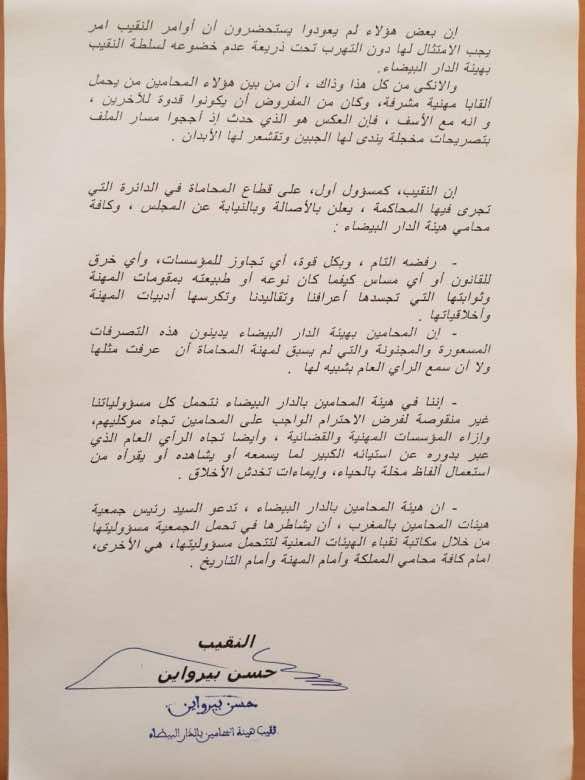