Rabat - He will finally face justice for his crimes. Authorities are charging the imam of a mosque near Marrakech with "rape of several minors between 7 and 12 years old." 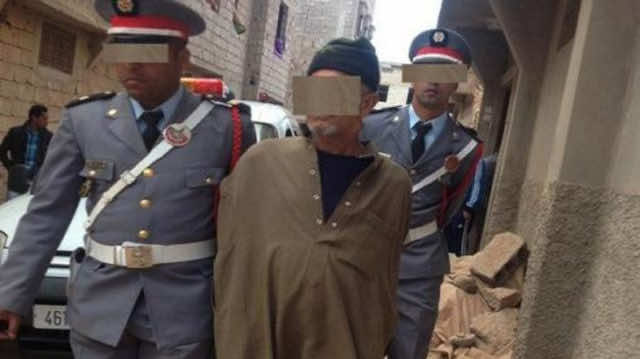 Rabat – He will finally face justice for his crimes. Authorities are charging the imam of a mosque near Marrakech with “rape of several minors between 7 and 12 years old.”

The suspect, aged 45, was the imam of Douar “Bihalwane” Mosque in Sti Fadma. He allegedly used Qur’anic lessons as an excuse to rape minors. The case erupted a few days ago when one of his alleged victims, now aged 17, told police she had been raped by the imam when she was 10.

The girl who was about to get married and had no other recourse but to disclose the assault to her family and to the Royal Gendarmerie, which immediately charged the imam.

After a search, the gendarmerie intercepted the imam on Friday at the bus station in Oulad Ziane, in Casablanca. He was taken into custody and an investigation was opened under the supervision of the Prosecutor General’s Office.

According to the association “Touche pas à mon enfant” (Do not Touch My Child), investigators have heard allegations from several victims who were aged 7 to 12 at the time of the assault. The association has asked the country’s judiciary to impose the maximum penalties against the alleged criminal.

The imam is expected to appeal in front of the judge for a first appearance on June 26. According to local sources, investigators are currently looking for other victims.