Rabat - It appears that Saudi Arabia is not only looking out for its own national interests. The kingdom has also been campaigning for the North American World Cup host bid, arranging meetings between the United 2026 bid committee with Gulf countries. 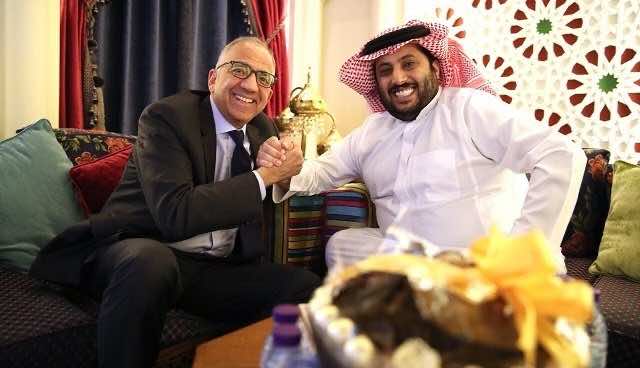 Rabat – It appears that Saudi Arabia is not only looking out for its own national interests. The kingdom has also been campaigning for the North American World Cup host bid, arranging meetings between the United 2026 bid committee with Gulf countries.

It seems clear where Saudi Arabia’s vote will go on June 13. Following a series of continuous hints, Saudi Arabia is campaigning for United 2026.

The New York Times reported on June 1 that the Moroccan bid’s rival has found for itself a “powerful surrogate” in Saudi Arabia. The US-based news outlet said that Saudi Arabia helped to arrange meetings with Asian voters and “recently announced that it would back the bid.”

US is Saudi’s “strongest ally”

Saudi Arabia has not officially announced its support for United 2026 yet. However, Chairman of the Saudi General Sports Authority (GSA) Turki Al Sheikh has been giving the world clear hints that Saudi Arabia is likely to lend its support to North America.

In a recent interview given to CNN, the Saudi official said that the US is Saudi Arabia’s “biggest and strongest ally.”

During his interview with CNN’s Beki Anderson, Al Sheikh made it clear that his country’s voice will likely go to its “strongest” ally.

When the journalist asked him he was referring to supporting the North American bid, Al Sheikh answered: “You are intelligent Beki. You can read between the lines.”

In recent months, Al Sheikh has posted several tweets implying that his country would vote for the North American bid.

In another interview with Saudi-based sports news platform Arriyadiyah in March, Al-Sheikh said that friendship has been “very detrimental to the Saudis.” He added that what really matters now to him is that “the 2026 World Cup needs to be hosted  in the best conditions.”

It is nearly impossible to imagine that Saudi Arabia will change its stance after US President Donald Trump’s  infamous tweet threatening countries that showed support for Morocco’s bid.

Trump tweeted that it “would be a shame if countries that we always support were to lobby against the US bid.”.

The tweet has already influenced opinions. On May 3, South Africa denied that it had previously supported the Moroccan bid, deleting an early statement from the president of its football federation, Danny Jordaan, who promised Morocco the country’s vote.

While Uganda has not yet made its choice clear, the African country said it is not sure about voting for Morocco 2026.

Uganda’s football federation president Moses Hassim Mogogo announced his official support for the African bid last month, but he said that he does not have the last say when it comes to the interests of his country and the executive committee of the federation.

Morocco’s 2026 World Cup bid is standing stronger than ever as the FIFA task force announced its eligibility to go to the last phase: June’s vote.

On June 13, football associations worldwide will gather together in Moscow to vote for the World Cup 2026 host during the 68th FIFA Congress.