Rabat- Palestinian-Austrian Islamic scholar and television pundit Adnan Ibrahim has left  Morocco after Morocco’s Ministry of Religious Endowments and Islamic Affairs denied speculations that he would attend the King’s religious lectures and preach in Moroccan mosques for the rest of Ramadan. 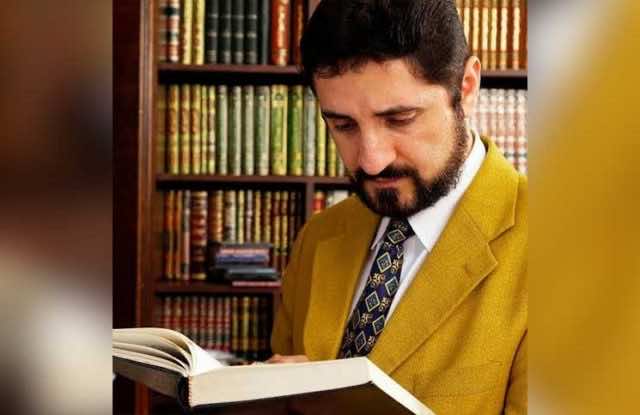 By
Ahlam Ben Saga
-
Ahlam Ben Saga is a Cultural Studies graduate from university Mohammed V of Literature and Humanities in Rabat.
Jun 5, 2018
Spread the love

Rabat- Palestinian-Austrian Islamic scholar and television pundit Adnan Ibrahim has left  Morocco after Morocco’s Ministry of Religious Endowments and Islamic Affairs denied speculations that he would attend the King’s religious lectures and preach in Moroccan mosques for the rest of Ramadan.

Following the online controversy stirred by news of the scholar’s attendance at the king’s “Hassania” religious lectures, new speculations have erupted in the media about the scholar’s hasty departure from Morocco.

According to Moroccan news outlet, H24 info, Ibrahim spent some time in a hotel in Morocco, awaiting the ministry’s permission for him to lecture. However, because the ministry did not contact him amid the sharp criticism and condemnation expressed by religious conservatives, Ibrahim decided to leave.

On June 1, administrators of Ibrahim’s official Facebook page announced his arrival in Morocco upon the ministry’s invitation to him to attend religious lectures, held during Ramadan ever since the late King Hassan II’s reign.

Later, the ministry denied Ibrahim’s assertions, saying that Ibrahim was not invited to participate in any religious program, neither in mosques nor with any associations in the kingdom, and said that it prefers to keep a distance from the debates and controversy that the scholar raises.

The scholar’s “liberal” or “reformist” views on Islam, such as his promotion of inheritance equality, have always provoked the criticism of more traditional or conservative Muslims.

Upon learning about his arrival to preach in Morocco, many religious Moroccans strongly rejected his participation and called for the ministry to go back on its decision, believing that his approach to Islam would misguide Moroccan Muslims.

“How could the [ministry]invite the misguided and misguiding man, Adnan Ibrahim to mislead Moroccans,” wrote another.

Last month, Saudi Arabia banned the broadcast of Ibrahim’s television show as many traditional Islamic scholars in the kingdom rose against his ideology, deeming him “dangerous.”