Rabat - Argentina has called off its pre-World Cup warmup game with Israel amid controversies and criticism targeting the national squad and “Captain Lionel Messi,” Argentinian press reported on Tuesday. 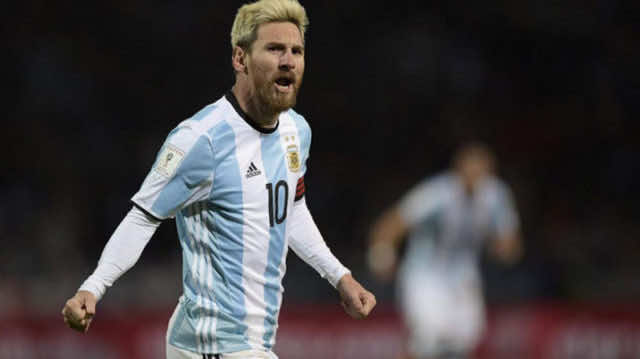 Rabat – Argentina has called off its pre-World Cup warmup game with Israel amid controversies and criticism targeting the national squad and “Captain Lionel Messi,” Argentinian press reported on Tuesday.

Argentinian sports outlet Minutouno announced that the national team’s last pre-World Cup warm up match, which was set to be played in West Jerusalem on June 9, has been “suspended amid escalating violence, threats, and criticism.”

The move followed waves of protests initiated last week by the chief of the Palestinian football federation, Jibril Rajoub, and the BDS (Boycott, Divestment and Sanctions), the global pro-Palestinian advocacy movement. Both parties urged Argentinian authorities to boycott “Israel’s politicization of a sports event” and called on fans and pro-Palestinians around the world to boycott Messi and teammates should they travel to Jerusalem.

Speaking to ESPN after Argentina’s cancellation of the match, striker Gonzalo Higuain gave the decision a nod, arguing that it was the best course of action given the circumstances. “In the end, they’ve done the right thing, and this is behind us. Health and common sense come first,” the Juventus star said.

The decision was widely celebrated by pro-Palestinian supporters and human rights advocates, with thousands taking to social media to express their support for the Latin American country’s decision to heed their pleas.

For some, the decision, however symbolic, is a decisive win for the BDS and the cause it espouses. “Argentina says no to Israeli friendly match. Argentina says yes to BDS. Palestine and the world say thank you,” one user wrote on Twitter. “There is nothing friendly about Israel shooting Palestinian footballers,” wrote another, casting a modicum of irony on the “friendly” aspect often ascribed to international fixtures.

The BDS, which last month initiated a wider campaign to persuade Argentina to withdraw from the fixture, described the game as a “political tool” that Israel sought to use to “cover up attacks on Palestinians on and off the field.”

“There is nothing friendly about military occupation and apartheid. Don’t play Israel until Palestinians’ human rights are respected,” the group said.

There are reports that the boycott movement gained momentum after footage went viral of a Palestinian football player, Mohammed Khalil Obeid,  being shot on his knees by Israeli snipers. In a later video, Obeid urged Lionel Messi to “stand in solidarity” with his Palestinian fans.

“I call on the Argentinian team and especially captain Lionel Messi—because he is very popular in Palestine, particularly in the Gaza Strip—to stand in Solidarity with Palestinians and to boycott the scheduled game with Israel, which is occupying our land,” Obeid said.

Amid celebrations in Gaza and Ramallah, the Palestinian football federation issued a statement thanking Messi and his teammates for calling off Saturday’s game.

“The Palestinian FA thanks Argentina’s players led by star Messi for refusing to be used to serve a non-sporting goal,” the statement read. Jibril Rajoub, the chairman of the Palestinian FA, called the cancelation a victory for Palestine and the values shared by people supporting its cause. “Values, morals, and sport have secured a victory today and a red card was raised at Israel through the cancellation of the game,” Rajoub declared.

Attempts to Rescue the game

While pro-Palestinian circles called for boycott, the Argentina versus Israel game attracted significant attention in Israel. Israeli fans were reported to be very excited at the prospect of Messi’s visit. According to Israeli news outlets, tickets to the game sold out in 20 minutes, indicating that the prospective visit of Messi and teammates was as relished by Israeli fans as it was loathed in pro-Palestinian circles.

Although Israeli officials—both the government and the football federation— are yet to react to news of the cancellation, there are reports in the Israeli press that say that Prime Minister Benjamin Netanyahu called Argentina’s president Mauricio Macri to ask him to “intervene” and “persuade” the Argentinian national squad not to cancel their visit to Jerusalem. However, the same sources added, quoting anonymous diplomatic sources, “chances of salvaging the game are very slim.”