Rabat - Morocco has successfully finished their 2018 World Cup friendly round. The Atlas Lions have beaten Estonia in a 2018 pre-World Cup friendly game with 3-1 on Saturday, less than a week before the world premier tournament begins. 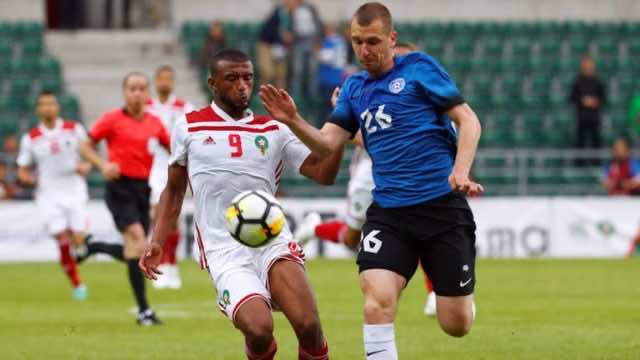 Rabat – Morocco has successfully finished their 2018 World Cup friendly round. The Atlas Lions have beaten Estonia in a 2018 pre-World Cup friendly game with 3-1 on Saturday, less than a week before the world premier tournament begins.

The team scored two goals against Estonia in the first half of the game, when they had up to 75  percent possession of the ball.

Morocco’s first goal was scored by midfielder Younes Belhanda in the first 11 minutes of the friendly game.

The second goal came from Moroccan young football star Hakim Ziyech, who scored a penalty for the Moroccan team.

Estonia was quick to respond to Morocco’s 3rd goal. Ats Purje scored the first goal for his team in the 76th minute of the match.

Throughout the game, Morocco made 18 shots, eight of which were on target. The Atlas Lions also missed several opportunities to leverage the scoring.

This is the last friendly game Morocco played before the tournament starts on June 14.

The Atlas Lions, including captain Mehdi Benatia and Ayoub El Kaabi,  showed a notable determination during their last friendly game. The team proved to the world that they have been preparing for the tournament.

Recently, Spanish sports news outlets have informed the other Group B teams of what they should expect from the Atlas Lions. Marca and Mundo Deportivo commended the team, who confirmed that they know what they are going to Russia for.

When the tournament begins, Morocco will face Iran on June 15 in St. Petersburg. Their second game will be against Portugal on June 20 in Moscow. Morocco will play the last game in the first round of the World Cup against Spain on June 25 in Kaliningrad.