Rabat- Patriotic Europeans Against the Islamisation of the West (Pegida) disrespected Muslims during Ramadan. The anti-Islam movement recently roasted pigs in front of Laleli mosque in Holland’s Rotterdam city at the time of breaking fast. 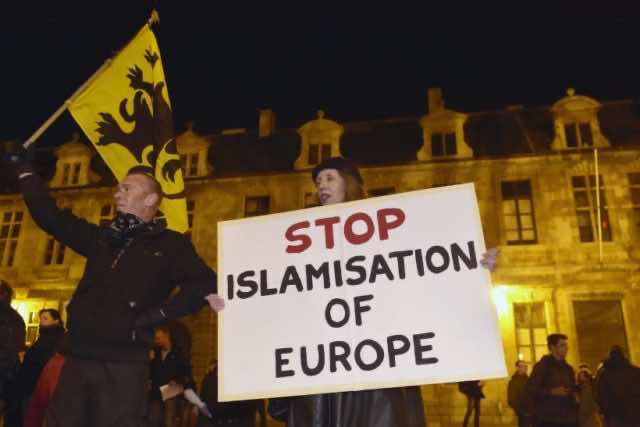 By
Ahlam Ben Saga
-
Ahlam Ben Saga is a Cultural Studies graduate from university Mohammed V of Literature and Humanities in Rabat.
Jun 11, 2018
Spread the love

Rabat- Patriotic Europeans Against the Islamisation of the West (Pegida) disrespected Muslims during Ramadan. The anti-Islam movement recently roasted pigs in front of Laleli mosque in Holland’s Rotterdam city at the time of breaking fast.

Pegida took advantage of Islam’s restriction on the consumption of pork, as it is regarded as “impure,” to provoke Muslims not only in the Dutch province but worldwide.

This is so far the most immoral attempt ever in the history of hate crimes. Granting legal permission to such an immoral activity is also another deficiency of morality.

Other municipalities in the Netherlands did not allow Pegida to roast pigs in front of mosques at the fast-breaking time. However, Ahmet Abutalib, Mayor of Rotterdam, who is of Moroccan origin, thinks that this activity of Pegida is not against the law. Such a gross tragedy!

Celik compared Aboutaleb with other mayors such as the Hague’s mayor, Pauline Krikke, who banned Pegida’s barbeque party at the As-Soennah mosque in the city.

Turkish Muslim organizations in Rotterdam lay flowers around the mosque as a symbol of peace against hate crimes.

Celik stated on his Twitter account prior to the peace demonstrations that “flowers against the odour of hate” would be “a true lesson of humanity.”

Turkish and Muslim organisations in Rotterdam will hold an activity at the same hour to lay flowers around the mosque and will erect a wall of love with flowers against the odour of hate. This is a true lesson of humanity.

Rotterdam newspaper Algemeen Dagblad reported that Pegida had planned to roast the pigs in front of various mosques in the Netherlands, in Arnhem, Gouda, Utrecht, and the Hague, and Rotterdam during the Ramadan iftar (the breaking fast time) until the evening prayer.

Earlier in June, Pegida shared a series of posts on Facebook, encouraging its followers to participate in the notorious barbeque in front of many mosques.

One post reads: “We have good surprises for mosque Utrecht…behold!”

“The barbecues will start every evening at 8:30 p.m. Anyone who brings their own plate and cutlery and a good anti-Islam mood is welcome,” a previous post read, according to Netherlands news outlet NL Times.