Rabat- On June 8, South Africa was elected to a seat at the UN Security Council, making the African country one of the 10 non-permanent members. 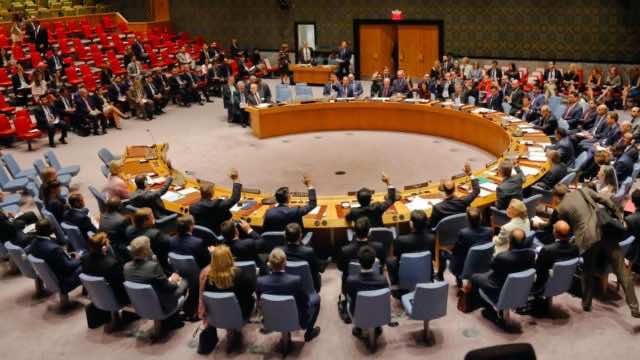 Rabat- On June 8, South Africa was elected to a seat at the UN Security Council, making the African country one of the 10 non-permanent members.

South Africa will represent the East and Southern African group in its two-year term which starts on January 1, 2019.

Expressing satisfaction at the huge continental support for its UN Security Council membership, South Africa’s government promised to represent the values and voice of the continent by remaining faithful to the lasting legacy of Nelson Mandela.

“As you will know, this will be South Africa’s third term [as a UNSC non-permanent member]. Our tenure in the Security Council will be dedicated to the legacy of President Nelson Mandela and his commitment to peace.”. The South African government official also said South Africa is “humbled and honored by this gesture of confidence.”

Calling the election a “landmark event,” the country’s International Relations and Cooperation Minister Lindiwe Sisulu said that South Africa is a “giant” whose “reputation has been tarnished in recent years.”

Sisulu recognized her country’s small efforts in peace and security matters, while promising that the seat at the UNSC is an opportunity to reclaim the country’s lost prestige and make it a major and credible player at the global and continental levels.

While South African officials are effusive about winning a seat at the UNSC, analysts and security specialists are taking a more cautionary approach, saying that South Africa’s success will depend on its “continental leadership vision” and “strategic clarity” on matters of utmost importance for intra-African relations.

South Africa joins two Africa countries—Equatorial Guinea and Ivory Coast—to form the A3, the three rotating African members of the Security Council, for the 2019-2020 term. Analysts have suggested that it is imperative to refrain from old ideological divides and push towards more “intra-African coherence and consistency.”

There is a palpable risk of having a divided Africa on important strategic matters, said Liesl Louw-Vaudran, a senior fellow at the Pretoria-based Institute for Security Studies (ISS). Louw-Vaudran identified the Western Sahara question as one the most pressing security matters at the continental level.

However, she added, South Africa’s well-known sympathy for the self-styled Sahrawi Arab Democratic Republic (SADR) in Western Sahara is at odds with the position of many African states, including the two other members of the A3.

Such lack of coherence and unity may undermine Africa’s standing at the UN, while also creating more divisions and ambivalent feelings within the AU.

“South Africa’s political support of the Sahrawi Arab Democratic Republic (SADR), a partially recognized state that controls a thin strip of area in the Western Sahara region and claims sovereignty over the entire territory, puts it at odds with over half of the AU’s member states—including Côte d’Ivoire,” Louw-Voudran told the Mail and Guardian on June 12.

In the long-standing strategic stalemate between Rabat and Pretoria over Western Sahara, Francophone countries like Côte D’Ivoire are generally sympathetic towards Morocco’s position. As a result, she suggested, South Africa’s “capacity to affect change will therefore rely on its ability to enact soft power” and strategic negotiation, rather than inflexible ideological positions and “show of military force.”

As a major regional power, South Africa’s challenge during its tenure will be to “unite the AU and the UN.”

“South Africa will be judged on how it responds to Africa’s various conflicts,” said Gustavo de Carvalho, a Peace Operations and Peacebuilding senior researcher at the ISS.

In the current conjuncture of political transition and efforts to reclaim lost prestige, South Africa’s President Cyril Ramaphosa’s success will rely on mitigating geopolitical  divides to opt for “effective multilateralism and inclusive dialogue,” he explained.

When it comes to successful crisis management and troop deployment to conflict zones, both the African continent and the UN should sideline old misgivings, suggested Security Council analyst Richard Gowan. He said the common objective should be to “bridge divides [and escape] the current trap of worsening distrust.”

Recognizing that having a single voice is a relatively impractical goal in such contexts of old grievances, veiled regional rivalries, and long-standing mutual suspicions, Louw-Vaudran concluded in her: “[African countries] are not obliged to speak with one voice, [but] South Africa’s challenge will be to try and find consensus.”