Rabat- Head of Government Saad Eddine El Othmani has lead a discussion on how to integrate Tamazight (Berber) heritage, language, and creative expression into the country’s cultural and artistic activities. 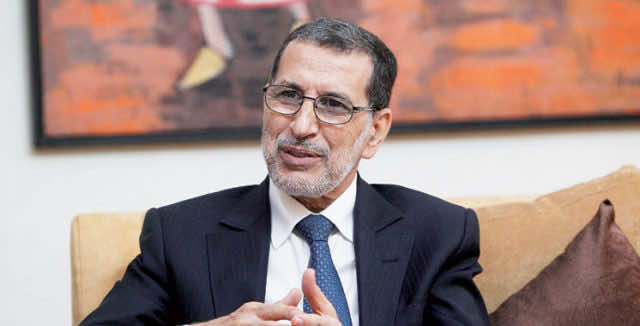 By
Ahlam Ben Saga
-
Ahlam Ben Saga is a Cultural Studies graduate from university Mohammed V of Literature and Humanities in Rabat.
Jun 20, 2018
Spread the love

Rabat- Head of Government Saad Eddine El Othmani has lead a discussion on how to integrate Tamazight (Berber) heritage, language, and creative expression into the country’s cultural and artistic activities.

In a meeting at the house of councillors on Tuesday, El Othmani responded to a question about “the public policy concerning the development of national languages and cultural expressions.” He said the government gives high importance to developing and unifying Arabic and Tamazight and their diverse cultural expressions.

El Othmani insisted that Tamazight be better integrated into the educational system, as a part of Morocco’s “rich national identity.” As a result, the government presented draft laws 26.16  and 04.16.

The first law relates to the integration of Tamazight into the national education and administrative institutions and the second to the National Council for the languages and culture of Morocco concerned with protecting and developing both Arabic and Tamazight.

The draft laws strive to boost the status and usage of  Arabic and Tamazight in public administrations and services, and in all “priority areas of public life,” including documents such as ID cards, passports, drivers’ licenses, and banknotes.

El Othmani also insisted on the use of Tamazight in books, media outlets, television channels, radio stations, newspapers, and magazines.

In addition, El Othmani recalled Morocco’s 2015-2030 strategic vision of education reform in relation with the three common languages in the kingdom: Arabic and Tamazight as the official languages, and French as a means of “openness” to other cultures.

He pointed out that teaching Arabic and Tamazight in primary schools is mandatory, adding that 4,200 educational institutions in Morocco teach Tamazight and more than 500,000 students study the language. He predicted that Tamazight will continue to increase its presence in schools in the upcoming years.

He noted that the country’s global market share has increased from 0.11 percent in 2007 to 0.15 percent in 2017, as Morocco has doubled its market shares in Africa, the US and Asia, particularly in the aeronautics, food, and automotive industries.

El Othmani reiterated that Morocco’s manufacturing industry and technological production has remarkably improved, reaching an export rate of 54.2 percent in 2017 compared to 30.6 percent in 2007, owing to its economic partnerships.

El Othmani informed that the country’s transactions rose to MAD 414 billion in 2017 in comparison to ten years ago (MAD 229 billion), adding that the import rate reached 66.4 percent in 2017, a slight increase from 2007, owing to the country’s exports to EU countries.

El Othmani concluded that the government will follow a new approach to foreign negotiations, abiding by Law 91.14 of foreign trades to improve business investments, especially on the agricultural level.