Rabat - What if the Moroccan Government had dealt in a constructive manner with the wave of boycott that targeted the “Afriquia”, “Sidi Ali” and “Central Danone” brands over the last eight weeks, instead of attacking the boycotters and calling them names? What if the three companies tried to understand the demands of the boycotters, sympathized with their grievances and positively reacted to their expectations? If this had happened, the boycott movement (be it spontaneous in nature or inflamed by occult forces, as some claim) might have abated more quickly. 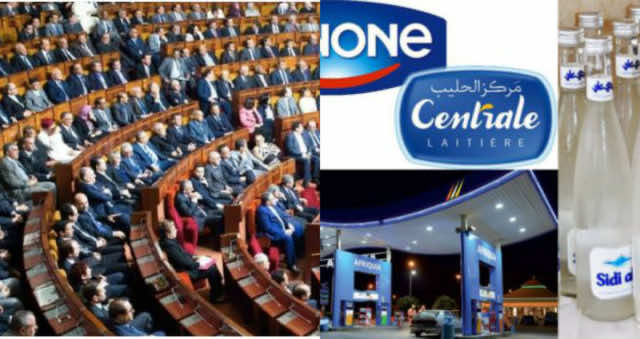 Rabat – What if the Moroccan Government had dealt in a constructive manner with the wave of boycott that targeted the “Afriquia”, “Sidi Ali” and “Central Danone” brands over the last eight weeks, instead of attacking the boycotters and calling them names? What if the three companies tried to understand the demands of the boycotters, sympathized with their grievances and positively reacted to their expectations? If this had happened, the boycott movement (be it spontaneous in nature or inflamed by occult forces, as some claim) might have abated more quickly.

The negative effects of the movement on the national economy, on Morocco’s attractiveness as an investment destination, and on the lives of thousands of workers, farmers and families, as well as on the areas where the three companies’ industrial units are located would have been mitigated, if not avoided. If this had happened, government and private sector, alike, would have learned how to listen to the voice of the people and the whole country would have ushered in, in an intelligent and wise manner, a new phase of citizen engagement and involvement in decisions that affect their lives.

Prime Minister Saad Eddine El Othmani should have spoken from day one and said: “The government understands the demands of the people and feels for the families who are severely affected by high prices. We will seriously study the issue and come up with a set of concrete measures to deal with rising prices and rocketing cost of living”.

The three boycotted companies should also have declared from the get-go that they understood the demands of the boycotters regarding high prices, that they would study the situation, review their price policies, and would look seriously into what can be done in consultation with the government and their stakeholders.

Setting up web platforms and social media pages to receive and monitor citizens’ opinions and a toll-free telephone number to receive calls and grievances on the subject would have encouraged citizens to voice their grievances knowing that Government was listening.

Once communication channels are open and grievance mechanisms are set and citizens are made aware that the government and other concerned parties are listening, a second equally important phase should be initiated. A series measures should have been announced by the government that would include:

On their part, companies would announce a series of measures that include a decrease in the profit margin and a reduction in production, transport and logistics costs. The measures would enable them to find ways to reduce prices without incurring big losses. Continuing to communicate with citizens, suppliers and the government to achieve a price policy that is appropriate to the purchasing power of all citizens is of utmost necessity.

The government and the three targeted companies would continue to communicate and listen to the voice of citizens and respond to their complaints and grievances, and go back regularly to the public opinion to announce decisions taken to respond to the demands of the people.

If all this were done, the boycott would not have lasted long, and the economy would not have reached a point where trust is at its lowest point since 2011. If the government had taken the crisis seriously and the boycotted companies had managed it well (except for Centrale Danone, which apologized and took some measures that, regrettably, were not enough and came too late), we would not have reached the current state of anxiety and quasi-political crisis.

A balanced and thoughtful approach to the crisis may have helped improve the popularity of an already weak government and would have helped in bettering the already negative image the public opinion has of the three boycotted brands. Unfortunately, I have not yet seen a more disastrous approach to a socio-economic and public relations crisis!

Why has not the government taken any measure? And why did not the three companies react immediately and attempt to manage the crisis in a more effective and rational manner?

Firstly, the government lacks a unified and collective view of economic issues and, as such, cannot muster enough political courage to interact with and influence public opinion. Secondly, the government sees any action to respond to citizens’ issues as proof of weakness. Thirdly, responding to citizens’ issues is seen by the government as a sort of negative empowerment of citizens. You can almost hear the government saying: “If we respond to these demands, we do not know what other demands will come down the road and affect the political power structure as well as the national economy!” Fourthly, there is what is called “state reason”, meaning that the government is always right because it has the power, the legitimacy and the capacity to decide; the citizen’s role is to comply.

The boycotted companies were not more effective than the government, nor did they show much of any skills in crisis management and communication. Instead, they considered the boycott as a political campaign covered in economic terms (which is possible, but it does not matter); therefore, they opted for confrontation rather than positive interaction (except for Centrale Danone, which dropped off the confrontation approach and opted for interaction and communication, but it was too late).

The boycotted companies managed the crisis in a primitive manner preferring not to learn from international practices in the field of crisis management. They were surprisingly stubborn in not attempting at all to interact even partially with the demands of the boycotters (Centrale Danone reduced the price during the month of Ramadan, but that was not enough).

What neither the government nor the boycotted companies have understood is that international experience has shown that positive interaction with citizens’ issues does not pit them against public authority or the private sector; on the contrary, it ensures their positive participation in the management of public goods and services.

“Negative empowerment” is an obsolete notion, especially at times when governments and the private sector are seeking ways to know better, respond to, and encourage feedback from citizens. The more citizens feel they are involved in the decision-making process, the more the development process is appropriated by them and the more trust they have in the institutions. It is called Citizen Engagement.

The boycott was bad for business but was a rare opportunity to ensure greater participation and rebuilding of public confidence in politicians and the business community. But we missed this opportunity: the results of the boycott are yet to be understood and evaluated; but the big change needs to happen at the level of the political and economic élite: learning to engage with citizens is key to the success of public policies and the grand development programs.

Otherwise, public officials and private businesses’ fear will become a self-fulfilling prophecy: left alone and ignored, citizens will definitely be pitted against government and business. Engaged, they will become partners in development.