Rabat- Cristiano Ronaldo has been crowned man of the match in the Portugal-Morocco game by some football fans following his early goal which won the game for Portugal. However, not everyone agrees that Ronaldo deserves the title. 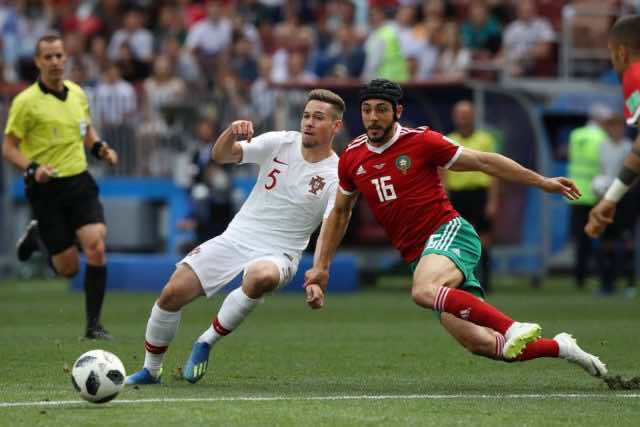 By
Ahlam Ben Saga
-
Ahlam Ben Saga is a Cultural Studies graduate from university Mohammed V of Literature and Humanities in Rabat.
Jun 21, 2018
Spread the love

Rabat- Cristiano Ronaldo has been crowned man of the match in the Portugal-Morocco game by some football fans following his early goal which won the game for Portugal. However, not everyone agrees that Ronaldo deserves the title.

The Atlas Lion attacking winger Nordin Amrabat is the “man of the match” to many people who were mesmerized by his performance at the game, despite his serious concussion after a fall in the match against Iran on June 15.

Amrabat’s doctor gave him a week to rest but he did not want to leave his teammates and showed up to the match wearing a helmet on his injured head.

One Twitter user wrote: “Amrabat the real man of the match.”

Another one wrote, “We are proud of our national team and Amrabat was the man of the match.”

We are proud of our national team and @NAmrabat53 was the man of the match #Amrabat #fifa_rematch_morocco_portugal #we_are_the_winners #morocco pic.twitter.com/DVtN4KVCY8

The “GoFootball” Facebook page shared a post on Wednesday, saying: “I do not understand why Cristiano was elected as the man of the match, but i think that Amrabat deserves it! …This is my first time watching the Moroccan team play, and I became a fan of this nation.”

“Morocco deserves to win this game, they played way better than Portugal.I am feeling sorry for Moroccan, you should be proud of your team,” the page wrote again.

Although the Atlas Lions lost by 0-1 to Portugal, ending their World Cup 2018 tournament, international press, social media users, and even Portugal’s coach Fernando Santos  have all recognized and praised the Atlas Lions’ fighting spirit during the match.

British newspaper the Guardian called Morocco’s performance a “gallant display,” writing that it was “beautiful and exasperating to watch.”

The Guardian added: “It’s slightly bizarre that they could exit this tournament without scoring a goal. Apart from for Iran, that is.”

In their World Cup opener against Iran, the Atlas Lions scored an own goal in the 95th minute, losing the game.

Still, the team earned the respect of the match viewers as they emerged from the game with dignity after they gave Portugal a hard time. It was a long, exhausting fight, but as many simply said: “luck was not on their side.”

Portugal’s Coach Santos said: “They are a team which caused a lot of trouble. We knew how to suffer.” Before the game he had said that his team has “to show Morocco respect because they are an excellent team.”

“Morocco have one final game against Spain in the group stage and, although they are out, don’t think that they will roll over, as they may well fancy a shock result even if just to show the rest of the world what they can do.”

Somone said from now on this type of helmet is called AmraHat #helmet #amrabat pic.twitter.com/Aonh58NMqf