The OLM Souissi crowd was really into nostalgia! 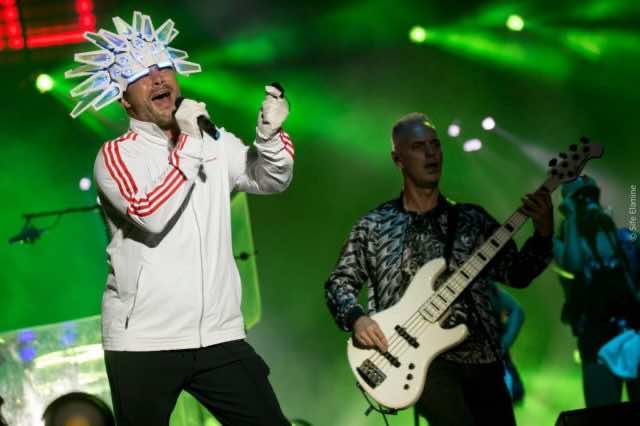 The OLM Souissi crowd was really into nostalgia!

Rabat – Jamiroquai has invited the public of Rabat to his funky world. Performing at the 2018 Mawazine Festival Rhythms of the World, the British band, led by jazz singer Jay Kay, has succeeded in bringing together a crowd from the youngest to the oldest, friends, families, and colleagues who came together as one to funk it!

Missing some 90’s vibe? Jamiroquai was gladly here to make us live (or relive) the golden years. “Salam Morocco,” he addressed his excited fans, before starting his very colorful and spacy concert with an electrifying performance. Jay Kay was surrounded by 5 members of his band and a female choir.

Coming after the fired-up performances of Martin Garrix (June 22) and French Montana (June 23)—who said that the international stage had the“best crowd I have seen in a long time”—Jamiroquai has proven that he has nothing to envy of the new generation of artists. 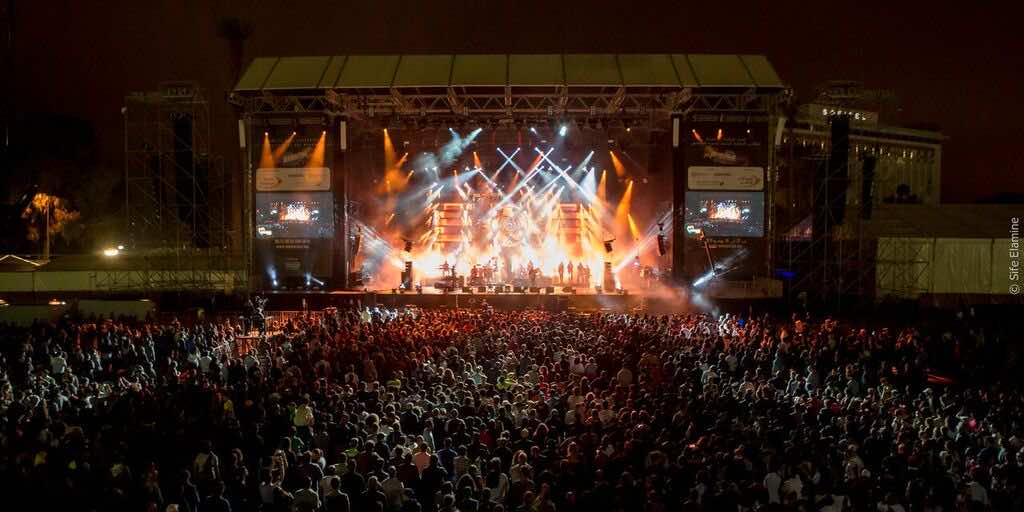 Unstoppable and energetic, the band led by the British star, for nearly two hours plunged the public into an incredible trance. Furrowing the scene from side to side in a hyperactivity out of the ordinary, the artist stopped only to drink a sip of water and to interact with the crowd. “I am delighted to be here, thank you for your presence,” he repeatedly said.

The nostalgic Moroccans have enjoyed the band’s anthological hits, such as “Cosmic Girl,” which was warmly requested by the audience, as well as “Now We Are Alone,” “You Give Me Something,” and “When You Gonna Learn.”

Saving the best for last, Jamiroquai performed the worldwide hit song “Virtual Insanity,” in front of a crazy crowd, singing and dancing along. Having a great time on stage, the 48-year old leading singer will probably never forget his first concert in Morocco.

For over a decade, Jamiroquai has proven to be one of the most influential funky bands of the 1990s generation. Having a great effect on pop culture, the very-colorful band formed in 1992, and, led by the soulman Jay Kay, rose to fame thanks to his hit single “When You Gonna Learn?” which has sold more than 2 million copies worldwide.

The funky pals continue to amaze fans through the years with singles like “Cosmic Girl” and “Virtual Insanity.” Their global success can be seen in their more than 27 million album sales, 2 Grammy Awards, 5 sold-out world tours, and more than 25 years of making jazzy hits.