Rabat - A picture of Moroccan midfielder Fayçal Fajr using his phone during a training session in Russia has gone viral on social media, angering Moroccan fans who felt the Moroccan football player was not taking the last game against Spain seriously. 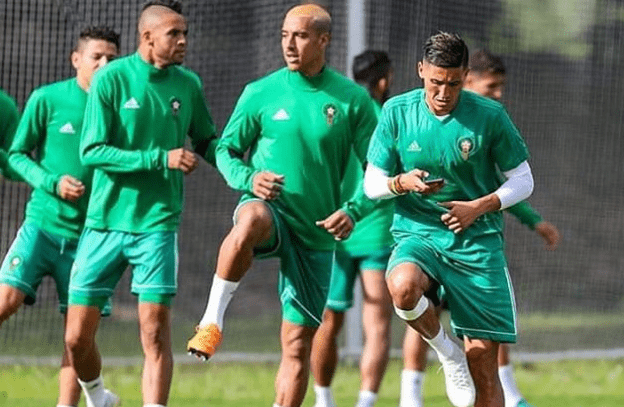 Rabat – A picture of Moroccan midfielder Fayçal Fajr using his phone during a training session in Russia has gone viral on social media, angering Moroccan fans who felt the Moroccan football player was not taking the last game against Spain seriously.

The Atlas Lions will play against Spain tonight at 7 p.m (Moroccan time). After being defeated by Iran on June 15 and Portugal on June 20, the Moroccan team will leave the competition after its last game with Spain’s la Roja team.

Hervé Renard said that his Atlas Lions will play their last match against Spain as if they were trying to qualify for the next phase of the 2018 World Cup.

However, Moroccan fans who need the Atlas Lions to be very concentrated for this last game “to save the honor” were not okay with one of the players using his phone while training. People on social media guess that Fajr was going against the rules and should be sanctioned for his behavior.

“Morocco is eliminated but they still have a match against Spain to save the honor. Fayçal Fajr, he seems to have moved on from the World Cup. The guy trains phone in his hand on the eve of the last game of his team,” “How can Hervé Renard let Faycal Fajr use his phone?” “Fajr doesn’t care about his team,” “Fajr has scored more on social media than on the field,” commented people. 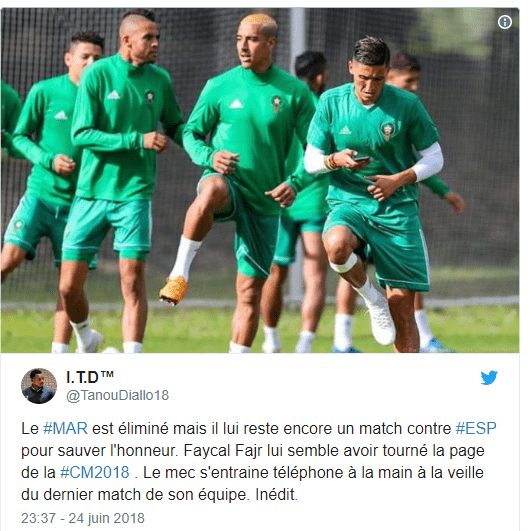 “Today we are facing Spain, we are motivated to give the maximum incha’allah. Before everything is misinterpreted, I would like to draw attention to the fact that we, players, have a habit of training on a musical background, it is part of our training methods, that we have for used to bring 1 tempo (BPM) to our workouts through an iPod and a speaker. Instructions that I have always followed,” said Fajr.

Fajr was not the only one who spoke about the picture. David Ducci, a staff member of the national team also defended the Atlas Lion: “This picture that circulates on social media has gotten out of context.

“Hervé Renard has agreed to let Fayçal Fajr use his phone to put music for the warm-up, as we were doing in Zambia and Ivory Coast sometimes,” he said.

Moreover, his teammate Manuel Da Costa also wanted to make things clear, saying that the staff and the players wanted to put some music on for the warm-up. “Those who understand will support us, as for the others we don’t need your unfounded criticism,” he added. 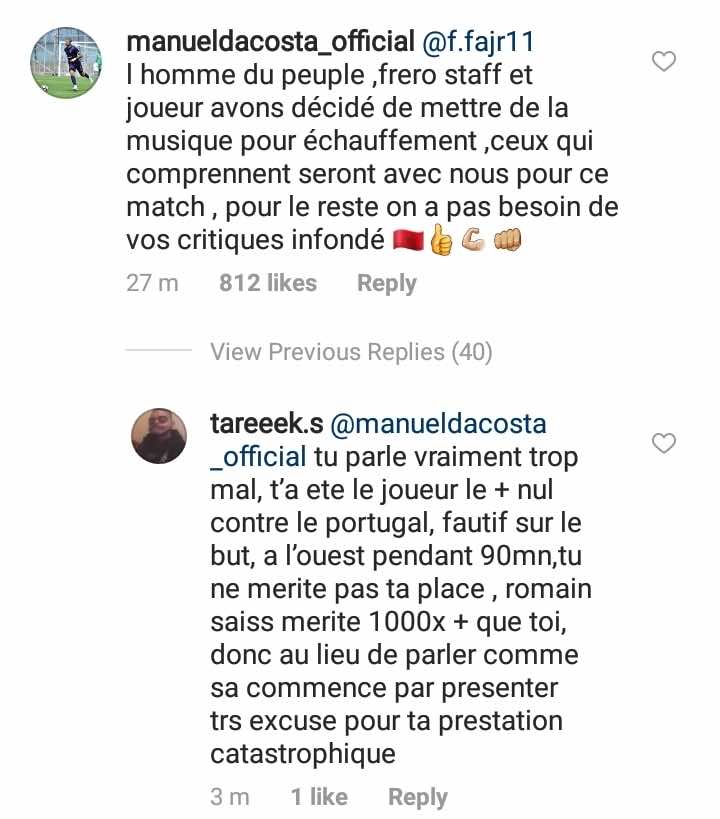