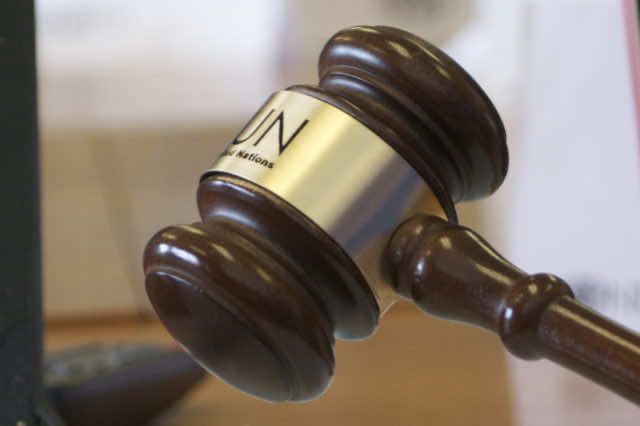 Rabat- Today Qatar is presenting its case to the International Court of Justice (ICJ) against a year-long land, sea, and air blockade imposed by Saudi Arabia and its allies. However only UAE will be present of the anti-Qatar quartet that also includes Saudi Arabia, Egypt, and Bahrain.

Qatar argues that the UAE has violated the human rights of Qatari and Emirati citizens by deporting Qataris, restricting their travel, and prohibiting Emiratis from entering Qatar, separating families, and denying companies and individuals access to their properties and even medical care.

According to Al-Jazeera’s Neave Barker, Qatar accuses the UAE of violating the 1965 International Convention on the Elimination of All Forms of Racial Discrimination (CERD). The UAE has signed the convention; however, Saudi Arabia, Egypt, and Bahrain are not signatories.

Article 1 of the convention states “racial discrimination” shall mean any distinction, exclusion, restriction or preference based on race, colour, descent, or national or ethnic origin which has the purpose or effect of nullifying or impairing the recognition, enjoyment or exercise, on an equal footing, of human rights and fundamental freedoms in the political, economic, social, cultural or any other field of public life.”

Qatar hopes the ICJ will order the UAE to comply with the CERD and pay reparations of an undisclosed amount.

Qatar has been under blockade by the quartet of Arab countries since June 5, 2017. Saudi Arabia and their allies called on Qatar to accept a 13-point list of demands to end the blockade.

The quartet’s demands include the immediate closure of Al-Jazeera and other news networks, reduction of ties with Iran, the severing of ties with “terrorist” organizations, removal of the Turkish military, reparations, handing over files on Qatari contact with the political oppositions in their countries, and monthly audits.

Qatar views the blockade as an attempt by the Gulf powers and Egypt to punish them for pursuing an independent foreign policy.