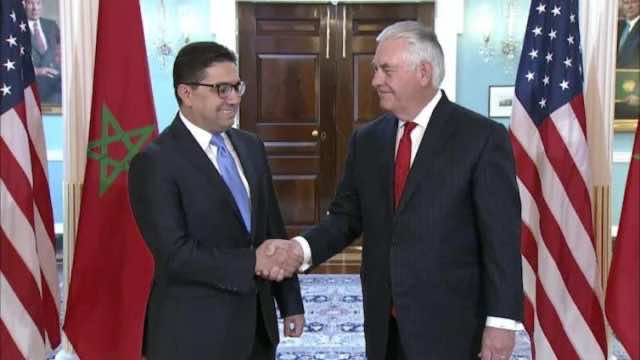 Rabat- The United States and Morocco share a robust political alliance that is mutually beneficial to the powers of both countries. US-Morocco diplomatic relations formally began in 1787 when the United States Senate ratified the Treaty of Peace and Friendship between the two nations.

Ever since, Morocco has been a valuable partner of the US, as the Kingdom of Morocco is the most reliable power in the North African region. Morocco provides a strategic military and economic foothold for the US in the region. In exchange for geographical and intelligence access, Morocco wins diplomatic influence and preferential treatment from the United States.

The attacks of 9/11 woke the United States up from its content position as the leading country in the world with the leading ideology. Liberalism was thought to be the championing ideology.

The 9/11 Commission Report concluded that the threat to the United States is not in retaliation for its military involvement abroad, but rather it is due to conflicting ideology. The US was not facing a war on terror, but a war of beliefs.

The Commission’s report posits that America must fight on two fronts. First, the US must use military, financial, and diplomatic means to fight external threats. But the bigger fight is with a hostile belief system that cannot be reasoned with but can only be ”destroyed or utterly isolated.’’

Since 9/11 the United States has shifted its focus to managing the perceived threats of extremist ideology. The Kingdom of Morocco has been a central focus of the US’s updated foreign policy.

Forging strong ties with the Kingdom of Morocco and connecting the two countries through economic deals, such as NAFTA, assures military and intelligence cooperation between the two nations. Indeed, the US provides assistance to the Moroccan government to enhance the capacity of the kingdom to prevent acts of terrorism and threats to stability.

In August of 2014 the U.S.-Morocco Framework for Cooperation on Training for Civilian Security Service was signed. The US works with and funds diverse Moroccan law enforcement and investigative agencies to minimize perceived threats emanating from south of the kingdom as well as from countries which the US finds untrustworthy, such as Libya.

The US’s active involvement with Morocco in fighting extremism is only motivated by the US wanting to ensure its own national security. Therefore in recent years, under King Mohammed VI, the kingdom has increased its focus on counter-terrorism.

In June the Moroccan government announced their decision not to repatriate the Moroccan widows of ISIS fighters. Also in June, a counter-terrorism summit focused on tackling the threat of  ‘homegrown terrorism” was hosted in Rabat with members of the US government in attendance.

Morocco is the recipient of generous grants from USAID that helps the kingdom fund education, which is part of the US’s strategy for combating hostile extremist ideology. Morocco also benefits from US government loans that guarantee “programs for the purchase of military material.” In 2013 Morocco received $2.7 billion worth of military equipment, making the US its primary provider, over French weapon companies.

The Morocco-US relationship benefits both countries. The US has a key ally in the tumultuous regions of North Africa, and Morocco receives funds and connections to advance the prosperity of the kingdom.

However, neither Morocco nor the wider the world, should be naive that US funding, which is expected to be $15.9 million by 2019, is given not just in the interest of maintaining peace and security, democracy, human rights, economic development, education, and social services, but is an active strategy for advancing the American agenda of a liberal ideology that assures the authority and safety of the United States.