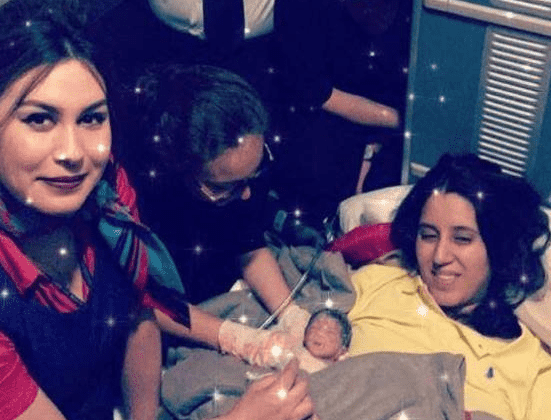 By
Ahlam Ben Saga
-
Ahlam Ben Saga is a Cultural Studies graduate from university Mohammed V of Literature and Humanities in Rabat.
Jul 21, 2018
Spread the love

When the young mother felt the first labor contractions, Abderrazak volunteered to help in response to flight attendants’ emergency announcement in search of a doctor. The woman was only seven months pregnant.

The cabin crew members provided Abderrazak with clean towels and oxygen equipment to carry out the premature labor.

As the plane landed safely, the woman and her child were immediately transported to Sainte-Justine Hospital in Montreal.

The baby became the second to be born on an RAM flight.

in 2014, a 33-year-old Moroccan woman gave birth to a baby girl named Ghalia, also on a RAM flight between Casablanca and Montreal.

Abderrazak earned the respect of Moroccans and Canadians alike for her courageous initiative, even though she has not yet finished her medical studies.

Moroccans on social media praised her efforts and described her as an exemplary doctor who is always ready to do her duty no matter the circumstances.

One commenter wrote: “It’s People like her who bring happiness to our hearts, thank you!”

“She is our pride, I wish her great success,” another commented.

Another wrote: “Kudos to this medical student… although I heard that flight attendants are trained to carry out similar emergency situations.” 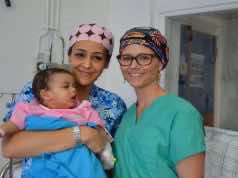 Operation Smile for Children with Cleft Palates Returns to Morocco