Rabat - Moroccan athlete Mohamed Rabii may be in serious trouble with authorities. The boxer, who filed for divorce last year, has been accused by his ex-wife of lying about his salary. 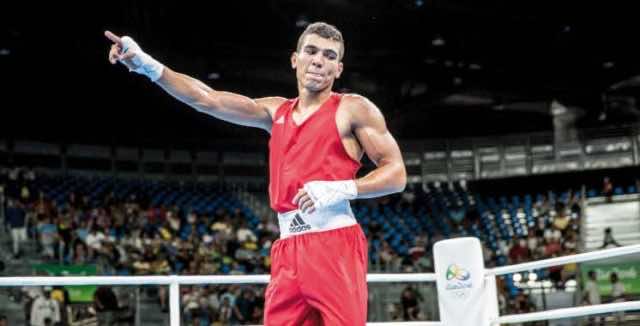 Rabat – Moroccan athlete Mohamed Rabii may be in serious trouble with authorities. The boxer, who filed for divorce last year, has been accused by his ex-wife of lying about his salary.

Facing a judge, Rabii said he earned only MAD 5,000 per month with the Royal Moroccan Boxing Federation (FRMB), according to Al Massae. He said 75 percent of match income goes to the FRMB, the technical staff, and the coach, in addition to accommodation and transportation expenses.

However, the outlet reported that Rabii’s former wife’s lawyer is denying Rabii’s “false declarations” with documents. The lawyer states the Olympic medalist lives off various financial sources, including a contract that binds him with the Office Chérifien des Phosphates (OCP), which pays him MAD 25,300 monthly.

In addition, Rabii also receives bonuses after the end of each match he wins. The boxer would receive rewards ranging from MAD 3,000 to 300,000 after each coronation at the Olympics.

Moreover, the 24-year-old athlete could also earn MAD 100,000 if he manages to win the title of champion of Africa.

In March, the Moroccan boxer secured an impressive victory, claiming his fifth victory in five professional boxing matches and maintaining his momentum among the invincible breed of the “noble sport.”

Once again, the KO man—a moniker he deserves for winning three of his previous four matches by KO—knocked out the Italian veteran Giuseppe Lauri in a third round hugely dominated by the Moroccan’s formidable punches.