Rabat- Morocco’s speaker of the House of Representatives, Habib El Malki, has said that the reason the government has been slow to implement the Tamazight (Berber) language law is that the government is worried over “complications” it may pose in the future. 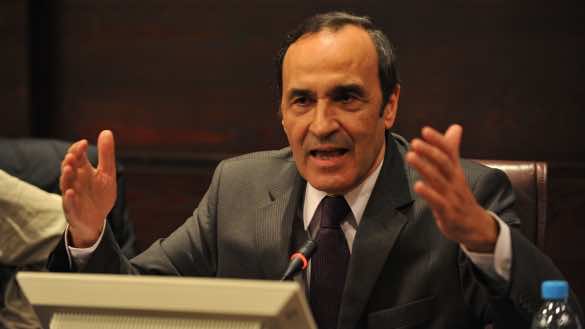 By
Ahlam Ben Saga
-
Ahlam Ben Saga is a Cultural Studies graduate from university Mohammed V of Literature and Humanities in Rabat.
Jul 28, 2018
Spread the love

Rabat- Morocco’s speaker of the House of Representatives, Habib El Malki, has said that the reason the government has been slow to implement the Tamazight (Berber) language law is that the government is worried over “complications” it may pose in the future.

In a press conference on Thursday, El Malki asserted that the government does not want to rush the launching of the Tamazight law, which calls for the language to be integrated into public administrations and services.

The government representatives’ cautious approach to the Tamazight draft law is connected to its aspiration to produce a successful and fair law that would not cause division or conflict in the Moroccan identity.

To El Malki, the law is a very delicate subject and rushing implementation would only result in “serious complications” in society. “If the law fails, it’s not only the Parliament that will lose, Morocco and us together will too.”

El Malki informed Moroccan journalists that the parliament committee concerned with the Tamazight law is working soberly to ensure the success of the draft law, which was presented in 2016.

He stressed that Morocco is a leader in the Maghreb region when it comes to engaging Tamazight in all spheres, next to Arabic.

Morocco presented draft laws 26.16 and 04.16 related to the integration of Tamazight into national education and administrative institutions as well as the protection and development of both Arabic and Tamazight.

The draft laws strive to boost the status and usage of Tamazight in public administrations and services and in all “priority areas of public life,” including documents such as ID cards, passports, drivers’ licenses, and banknotes.

The government also recently announced its goal to integrate Tamazight in cultural and artistic expression, such as literature and cinema.

In 2001, one year from descending to the Moroccan throne, King Mohammed VI drew the attention to the Amazigh language and stressed the need to celebrate it as part of the Moroccan culture and identity.